The actor took to Instagram to express his excitement and post a picture where he is seen posing with Big B. 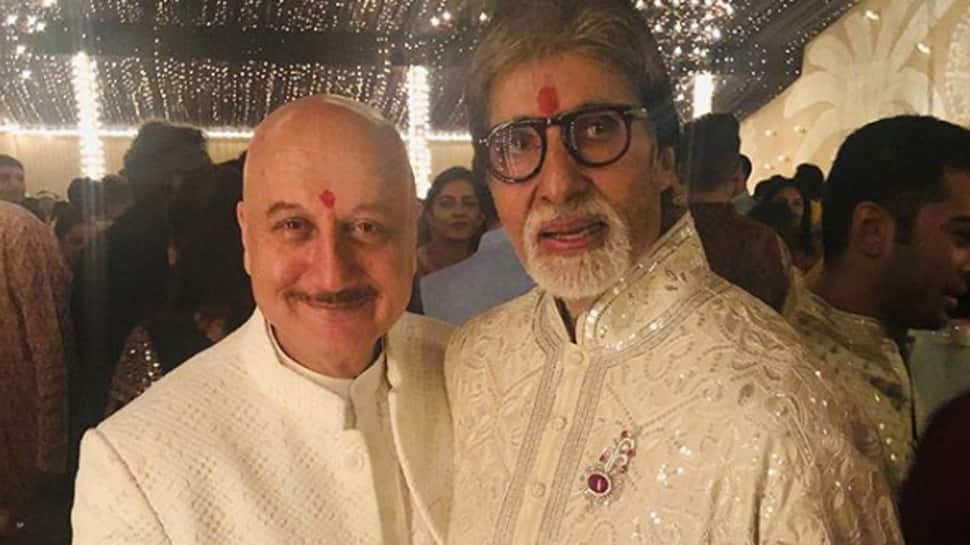 Mumbai: Anupam Kher attended the Diwali party hosted by Amitabh and Jaya Bachchan and is super delighted. He also opened up on his fan moment with Big B.

The actor took to Instagram to express his excitement and post a picture where he is seen posing with Big B.

"Thank you dearest @amitabhbachchan ji and Jaya ji for a loving and grand Diwali Party. Had a blast. Met so many friends under one beautiful roof. Have been in NYC so didn't realise I had missed my colleagues this much. So many affectionate hugs warmed my heart. Jai Ho. #FanMoment", wrote Kher, captioning the photograph.

On the work front, Anupam Kher will next be seen in the movie "Hotel Mumbai", which recounts the 26/11 terror attack at Mumbai's iconic Taj Mahal Palace Hotel in 2008.

Directed by Anthony Maras, the film stars Dev Patel and Hollywood actor Armie Hammer. The film is set to hit the screens in India on November 29.