Producer Boney Kapoor's kids - Arjun, Anshula, Khushi and Janhvi showered love on him with heartfelt posts on his birthday. 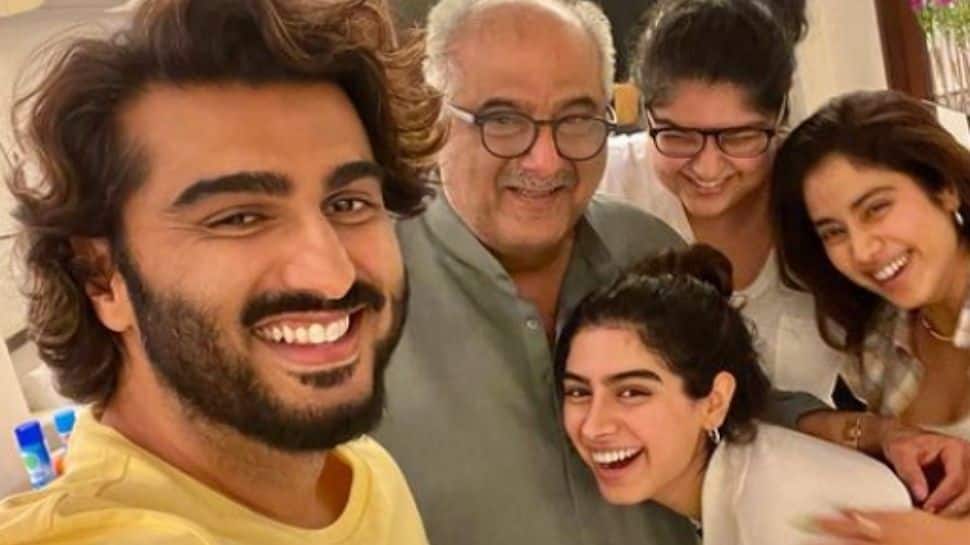 Arjun took to Instagram to share an unseen childhood picture with his father Boney Kapoor and penned a heartfelt note as well. He wrote, "Being selfless isn’t something one can be taught it’s an in built machinery that exists among very few people, I happen to be the son of one of those people... I’ve seen & heard stories of dad going out of his way to help find solutions for others and forgetting to help himself & fulfilling his needs before all that... it’s not easy being selfless & surviving... Happy Birthday to a man who has not only survived but lived like a King thru it all.... love you Dad"

Actress Janhvi Kapoor also shared adorable pictures with her father on her Instagram story. She wrote, "Happy Birthday to the best man in the world! I love you, even when you give her (Khushi) more attention." 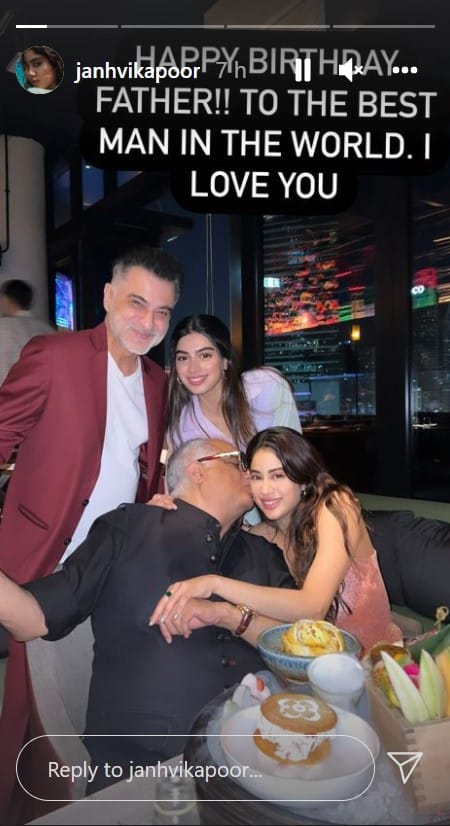 Khushi shared an old picture of her late mother Sridevi and dad Boney and wrote, "Happy Birthday papa, love you the most." 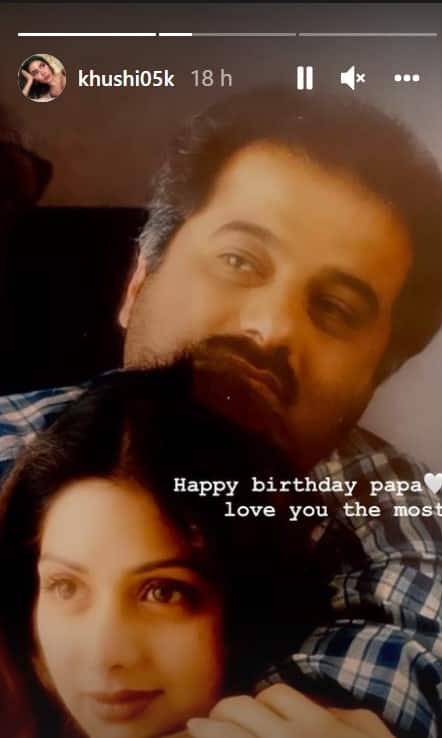 Anshula Kapoor shared a cute picture of herself and her dad Boney Kapoor. In the heartfelt picture, Boney was seen giving his daughter a sweet kiss on the cheek.

For the unversed, Boney Kapoor was married to Mona Shourie, with whom he has two kids - Arjun and Anshula. The couple married in 1983 and it lasted till 1996. Mona died of multiple organ failure after battling Cancer and hypertension on March 25, 2012.

The producer later married Sridevi in 1996 and has two daughters with her -Janhvi and Khushi Kapoor. Sridevi was found dead on February 24, 2018, at a Dubai hotel where she had gone to attend a family wedding. Medical reports concluded she died of accidental drowning in a bathtub.