The throwback picture portrays the 'Gunday' star in a pale-coloured shirt and jeans while riding a toy horse. 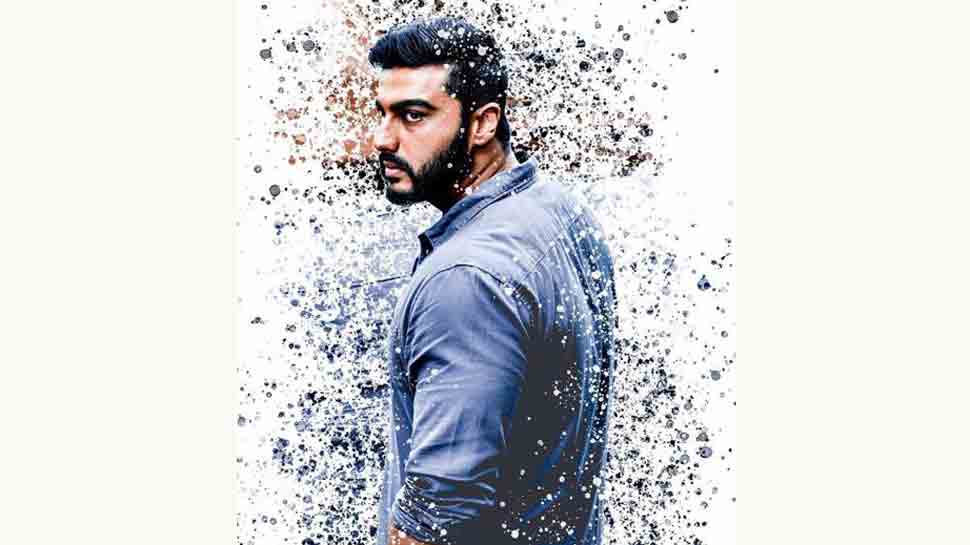 Mumbai: Arjun Kapoor who stars in the upcoming period drama film `Panipat` shared a throwback picture of him riding a toy horse and captioned it: "Began my horse riding prep way early in life... Always knew I was gonna be doing Panipat...."

The throwback picture portrays the 'grumpy' actor in a pale-coloured shirt and jeans while riding a toy horse. In January, the actor had posted a picture on Instagram of him taking horse riding lessons for his upcoming film.

"New year, new learnings... so the last whole month of 2018 went in enjoying the company of an Animal, Mother Nature & Sunrises... as I gear up to restart shooting for Panipat I feel privileged to be able to learn this beautiful art of becoming one with this most glorious animal. The process of learning has been therapeutic & empowering at the same time. Can`t wait to get back on set with this new childlike excitement for what is my toughest & biggest film yet.PS - Thank you to my teachers at the Racecourse for bearing with me along the way...," he wrote. 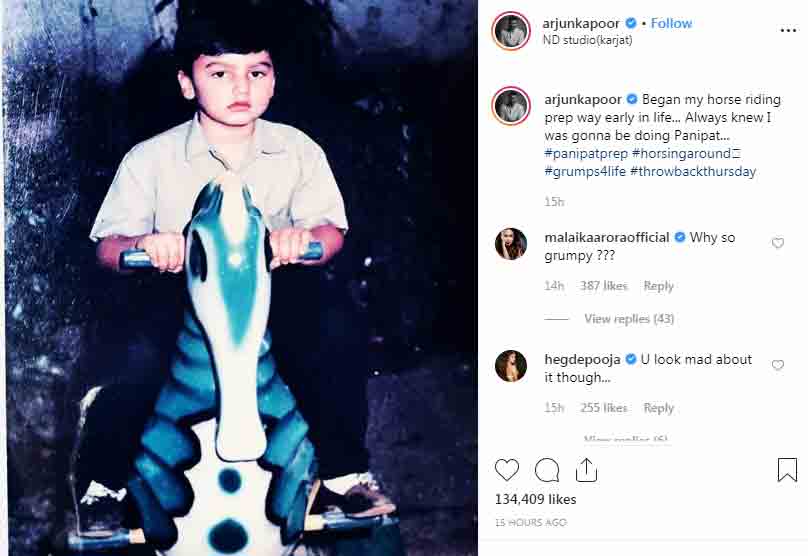 The grumpy face of the actor attracted several comments from the fraternity. Malaika Arora was the first one to comment and wrote, " Why so grumpy ???.

Pooja Hegde who made a debut into Bollywood with 'Mohenjo Daro' opposite Hrithik Roshan wrote, " U look mad about it though..." 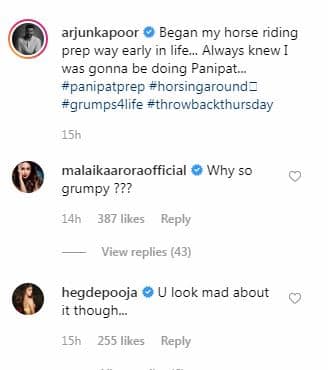 Also starring Sanjay Dutt and Kriti Sanon, 'Panipat' is based on the third Battle of Panipat fought between the Maratha empire lead by Sadashiv Rao Bhau and invading forces of Ahmad Shah Abdali, the King of Afghanistan.

The battle took place on January 14, 1761, at Panipat, and is considered to be one of the most eventful battles fought in the 18th century. The film helmed by Ashutosh Gowariker is slated to release on December 6, 2019.

The actor was last seen 'India's Most Wanted' and will be seen next in 'Sandeep Aur Pinky Faraar' alongside Parineeti Chopra.