Aryan was arrested by the Narcotics Control Bureau (NCB) on October 3 from the cruise ship off the Mumbai coast. He will have to remain in jail at least till October 20. 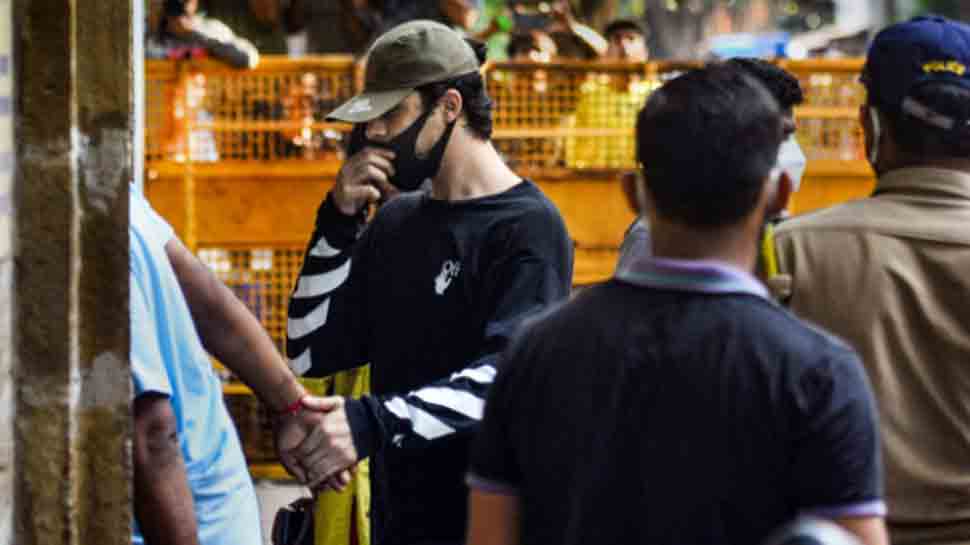 MUMBAI: Aryan Khan, son of Bollywood actor Shah Rukh Khan, who is lodged in Arthur Road prison in central Mumbai in a case of alleged seizure of drugs from a cruise ship, has spoken to his parents through a video call from inside the prison once, an official said on Friday. Aryan also received Rs 4,500 through a money-order sent by his father, he said.

"As physical meetings with family members are not possible due to COVID-19 norms, all the undertrials are permitted to speak to their kin via video call once or twice a week. Accordingly, Aryan Khan was allowed to speak to his father Shah Rukh Khan and mother Gauri Khan via audio visual facility," the prison official said. The call was made two-three days ago, he said.

Aryan (23) was arrested by the Narcotics Control Bureau (NCB) on October 3 from the cruise ship off the Mumbai coast. He will have to remain in jail at least till October 20, as a special court has posted his and two others' bail pleas for orders on that day. He is lodged in the Arthur Road prison along with five others arrested in the case.

Aryan is being served food that is cooked inside the prison and he is not allowed to have any outside food, he said. "The food is of good quality and served as per the required standards," he said. There is a canteen facility inside the prison premises and he can purchase the necessary things, the official said. "His father Shah Rukh Khan has sent him a money order of Rs 4,500, which he received on Monday," he said.

Aryan was given an identification number that is given to undertrials by the prison authorities when he was lodged in the prison, he said.

Another official had said on Thursday that Aryan and five others arrested in the case were shifted to general barracks of the Arthur Road prison here as their quarantine period was over.

Based on a tip-off that a rave party was scheduled on the ship, an NCB team raided the Goa-bound Cordelia cruise on October 2 evening and allegedly seized drugs and later made the arrests.