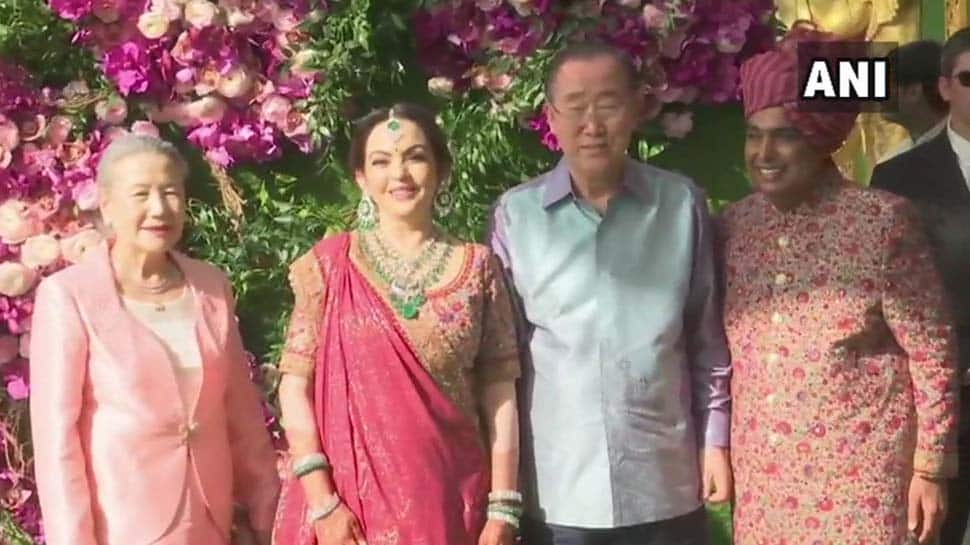 Cricket legend Sachin Tendulkar and his wife Anjali will also attend the celebrations, where Bollywood star Aamir Khan and his wife Kiran Rao were among the early guests.

The venue is decked up with elaborate floral figurines of Lord Krishna, a horse, a peacock and elephants. The guests were welcomed by men holding traditional umbrellas.

Akash's sister Isha and her husband Anand Piramal, along with Piramal Group chairman Ajay Piramal and his wife Swati will be a part of the gala, where Maharashtra Chief Minister Devendra Fadnavis and his wife Amruta, Railway Minister Piyush Goyal, Commerce Minister Suresh Prabhu and former Commerce Minister Anand Sharma will also be present.

As expected, corporate honchos and global leaders have been invited.

After the wedding, a celebration night will be held on Sunday, followed by a reception on Monday.