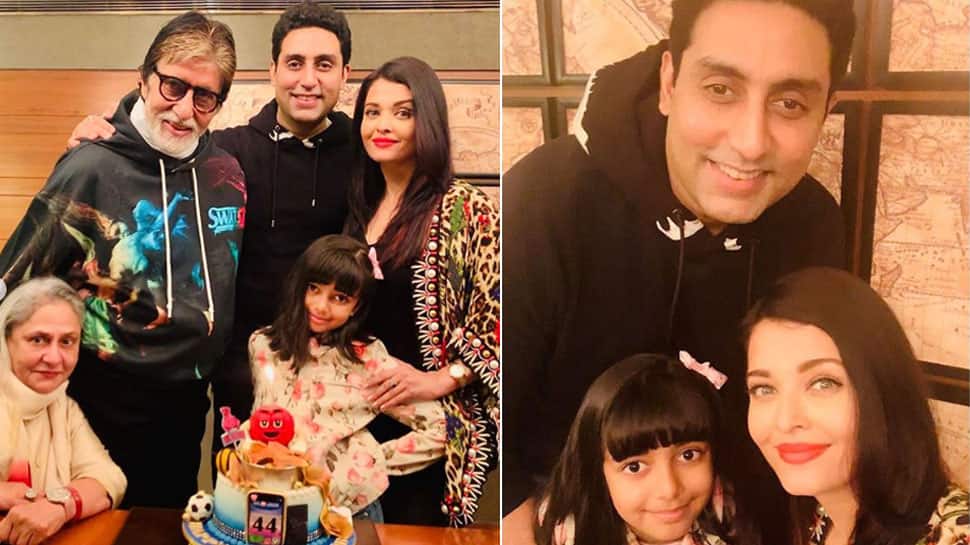 New Delhi: Abhishek Bachchan turns a year older on February 5. To usher in his special day, wife and actress Aishwarya Rai Bachchan took to Instagram and shared pictures of the celebrations on his birthday eve.

In the pictures posted, birthday boy Abhishek, Aishwarya, Amitabh Bachchan, Jaya Bachchan along with Aaradhya can be seen posing with the cake. Check it out here:

A post shared by AishwaryaRaiBachchan (@aishwaryaraibachchan_arb) on Feb 4, 2020 at 12:35pm PST

A post shared by AishwaryaRaiBachchan (@aishwaryaraibachchan_arb) on Feb 4, 2020 at 12:45pm PST

AB baby (as he is fondly called), made his impressive debut with JP Dutta's 'Refugee' in 2000 opposite another star kid, Kareena Kapoor. The actor went on to star in several blockbusters and performance-oriented movies in his illustrious career.

In fact, Abhishek even produced R Balki's 'Paa' (2009) starring his own father—the legendary Amitabh Bachchan and ace actress Vidya Balan. The went on to get the National Award for Best Feature Film that year. It was Mani Ratnam's 'Guru' which proved the versatility of the actor.

Abhishek married one of the most beautiful woman in the world—Aishwarya Rai Bachchan on April 20, 2007, and they were blessed with daughter Aaradhya on November 16, 2011.