Esha Gupta after winning the 2007 Miss India International title ventured into Bollywood with Jannat 2. She went on to star in movies like Chakravyuh, Humshakals Raaz 3D, Rustom, Baadshaho and Total Dhamaal amongst others. 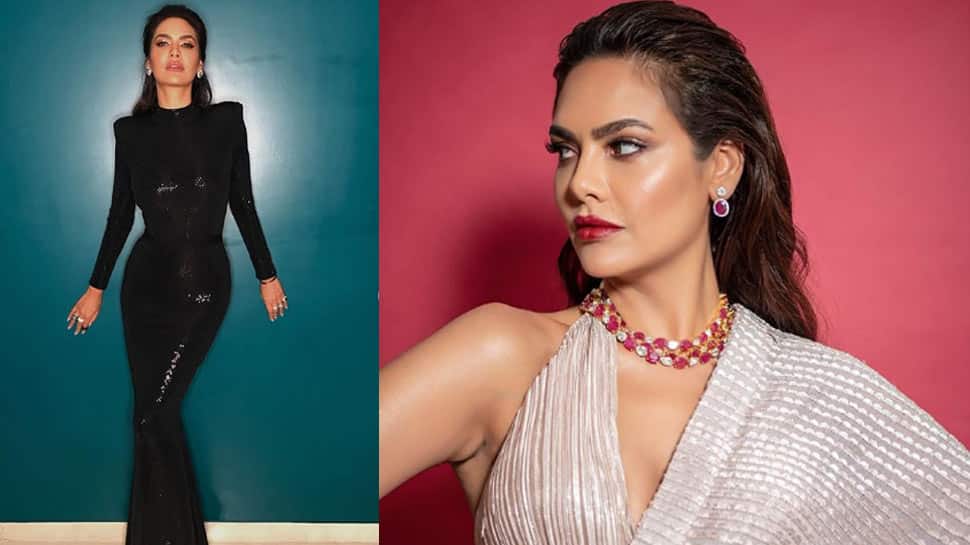 New Delhi: Bollywood hottie Esha Gupta is known for her oomph and sheer talent. Quite a sensation on social media, Esha, when she joined the movie business was compared to Hollywood superstar Angelina Jolie for her uncanny resemblance with the latter.

In an Instagram live chat session interview with BollywoodLife.com, Esha opened up on how these comparisons started annoying her when trolls called her 'gareebon ki Angelina Jolie'.

Esha first said: "I'll be honest, I still don't see it. Well, I may have seen it a couple of times, when people do that collage with two posters. So, at that time, the pictures they actually picked up, even I was like, 'Ok, maybe. The thing is though how we see ourselves like literally, I'm not saying deep inside, but how we see our looks, people see us very differently. And it took me some time to realise that, so, in my head, I don't see that at all, not even one bit. Also, for me, I've always felt that I look like my mother. But, when people say it, and like I said, when they put the pictures together, then I'm like, 'Yeah, maybe!'"

Adding more, "She's one of the hottest women. You know what annoys me, well...not anymore, but what used to annoy me was when people would be nasty earlier, and would love to troll...now they've become less bitter. However, people would call me, 'Oh...gareebon ki Angelina Jolie.' And, I used to say, 'Yeah, but you're calling yourself gareeb there.' I'm not saying that, I did not ask to look like this, it's my parents' production and I look like this.

"It took me some time to realise the fact that there will be a small section of people who will always be unhappy with whatever you do. Not just for me, but for everyone. That's how they are, and I just stopped caring about it after a point. Look at her though, she's not only one of the hottest, I really wish I had talent like her or be where she is...I really wish that. And she has Brad Pitt by the way...so."

The actress after winning the 2007 Miss India International title ventured into Bollywood with Jannat 2. She went on to star in movies like Chakravyuh, Humshakals Raaz 3D, Rustom, Baadshaho and Total Dhamaal amongst others.

She was recently seen in popular ZEE5 web-series 'RejctX'.