Brad Pitt reacts to reunion with Jennifer Aniston at SAG 2020

Brad Pitt and Jennifer Aniston prompted a fans frenzy when they were spotted celebrating their respective SAG wins backstage. 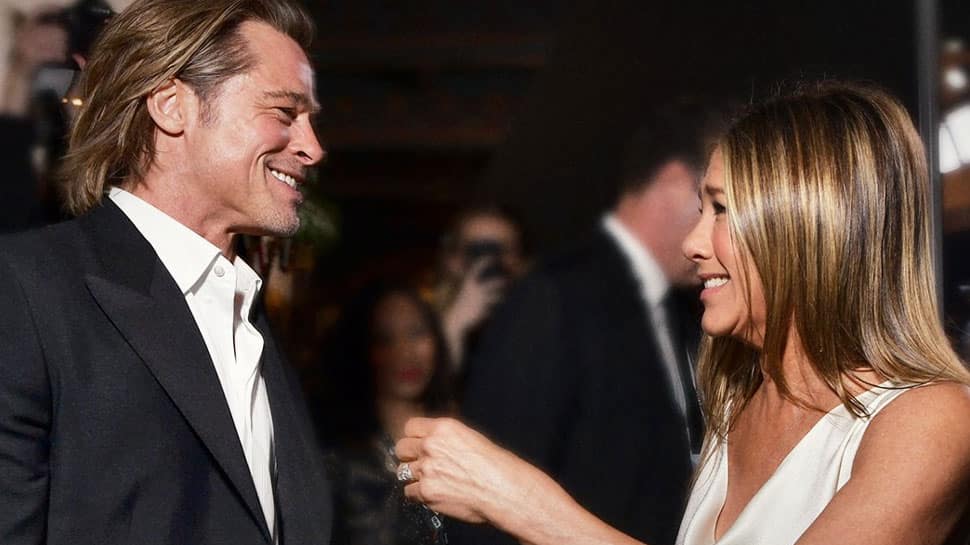 In an interview with Entertainment Tonight, the 56-year-old actor revealed that he hadn't read any headlines about the viral moment and stated, "I don`t know, I`m blissfully naive and I`m gonna stay that way," reported Us Weekly.

On January 19, Pitt and Aniston prompted a fans frenzy when they were spotted celebrating their respective SAG wins backstage.

The `Once Upon a Time in Hollywood` actor was spotted watching the Friends alum`s speech from backstage, which Aniston later told Extra was a "sweet" gesture.

According to an eyewitness, the `Murder Mystery` actor was happy, thrilled and surprised while explaining how she felt excited and overwhelmed" about her win in the press room. At the same time, Pitt was spotted saying "Oh, wow," as he smiled while watching her acceptance speech.

In an Instagram post, photographer Vivien Killilea Best, who captured the run-in, detailed the encounter and wrote, "The reunion you`ve all been waiting for happened tonight. And it was captured for you to see by Vivien Best Photography," she wrote on Sunday.

"I was backstage at the SAG-AFTRA awards and heard a familiar voice shouting `Aniston! ANISTON!` I turned around and saw this gem of a moment happen."

Entertainment news: Sejal Sharma, the TV actress who committed suicide in Mumbai, acted in these shows