Cardi B calls out Donald Trump over police brutality

In a blistering Instagram live video, the rapper called out Trump for the manner in which he has handled police brutality against people of colour, insisting that "he doesn`t care." 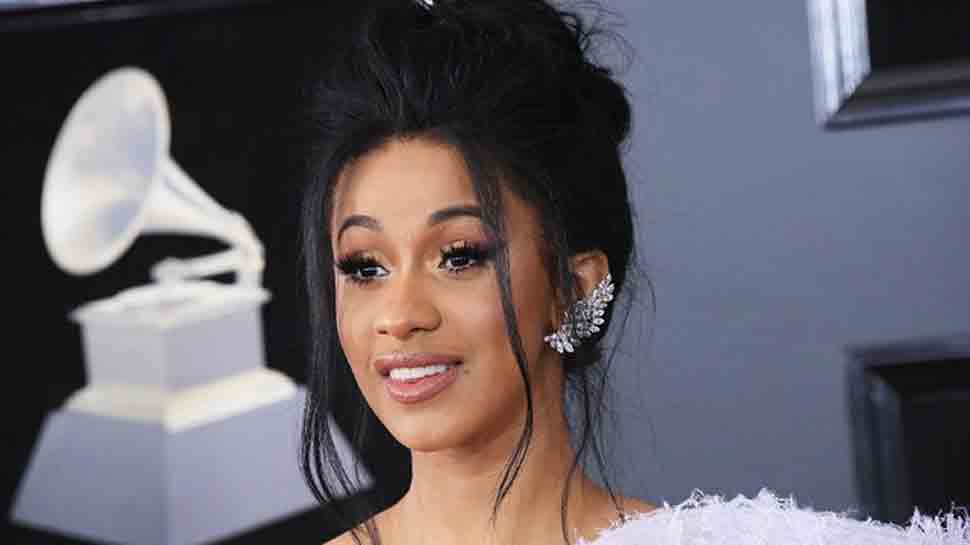 Washington D.C.: American rapper Cardi B, who never shies away from speaking her mind, slammed US President Donald Trump, accusing him of ignoring police brutality against people of colour.

In a blistering Instagram live video, the rapper called out Trump for the manner in which he has handled police brutality against people of colour, insisting that "he doesn`t care," reported Fox News."

Every time I see a black man killed or mistreated by police I just keep saying `Do nobody give a f--? Does nobody care?` And I`ve stopped saying that because nobody cares. He don`t care," the 26-year-old rapper said.

She also compared Trump`s handling of the issue to his predecessor's, adding, "At least when Obama was president he released a statement letting us know he feels like it's wrong -- letting us know that he cared. This guy - I know he seen it and he don`t give one s--t.

"The artist continued, "I feel like police brutality is going to keep going until he`s no longer president. Until he`s no longer president, nothing is going to be done about police brutality."She also compared rogue law enforcement officers to children who misbehave."You know when a kid is bad and they get away with something then they gonna keep on doing it. That`s what the cops are going to be doing: `Oh, I can get away with killing a black man? I can get away with beating the s--t out of a black man? Then we`re going to keep doing it," she said.

"That`s cops. They think I can get away with beating a black man, killing a black man. Then why not me," she added. Cardi has been a vocal of supporting Sen. Bernie Sanders, I-Vt., in the 2020 election.Earlier this month, she tweeted, "I been reading about Bernie Sanders and I`m really sad how we let him down in 2016."She added that Sanders has a record for working for "equal rights, HUMAN rights. Seeing this country become a better place been really his passion for a long time not a new front for a campaign."

On Friday, the Grammy-winning rapper also posted a video of Sanders` recent appearance on Jimmy Kimmel Live on Instagram, writing, "This makes me so happy! I know my High school history teacher is so happy. Believe it or not guys, I was in advanced placement in high school for government and history. It was a subject that I learn fast cause I naturally love it! I even took more classes in college but I dropped out cause money came first and I was also a chasing dirty a-- men.

"Cardi closed by encouraging her fans to educate themselves on the upcoming election and its candidates, writing, "I want us this year to get more familiar with or candidates 'democratic my preference'.

Take a little bit of our time and open our eyes on what`s going on in this country and how we can change it," she wrote.

On the work front, Cardi is soon going to make her film debut with an upcoming drama titled `Hustlers` alongside Jennifer Lopez, Constance Wu, and Lili Reinhart. 'Hustlers' is slated to release on September 13, 2019.