Celina on appointment of 'intimacy superviser'

Actress Celina Jaitly has explained why an ‘intimacy superviser was appointed for her short film directed by journalist-author Ram Kamal Mukherjee. 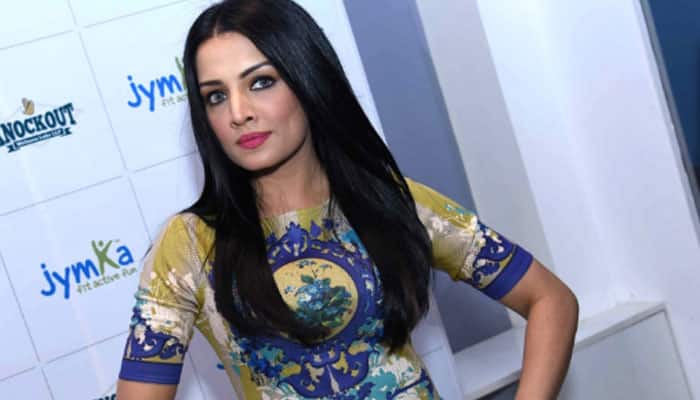 Mumbai: Actress Celina Jaitly has explained why an ‘intimacy superviser was appointed for her short film directed by journalist-author Ram Kamal Mukherjee.

"In my humble opinion, this is just a first step towards implementation of sexual harassment policies and a lot needs to be done to have proper guidelines and effective tools to counteract different situations," said Celina.

"Sexual harassment is a gender-neutral offence, at least in theory, hence neutral communication and vigilance, strict monitoring of the workplace is the most important duty of an intimacy superviser."

Celina agrees that under normal circumstances, it is the director's job to ensure no limits of decency are crossed on the sets.

"Absolutely! But I have seen and experienced personally that the impact of a powerful position on an individual has a profound effect from a psychological viewpoint. I was reading recently that among men in powerful positions, but not among women, a fear of being seen as weak is related to an inclination to sexually harass others.

"People in power are more likely to wrongly perceive that subordinates are sexually interested in them or available to harass."

"In our film 'Seasons Greetings', Ram Kamal Mukherjee was very involved in coming up with what is right at the same time focus on creatives. Intimate scenes can be a breeding ground of sexual misconduct, to draw a fine line between misconduct and acting is treading on thin ice.

"I am so grateful directors like Ram and producers like Aritra exist. At least we have a beginning towards the laying of foundations to fight sexual misconduct at work. Manisha Basu was very effective on the sets of 'Seasons Greetings' and she played the role of an impartial and yet sensible bridge between the actors and the director.

"For the first-time for me since the age of 16, I worked with an intimacy supervisor and it worked like a charm."

She recalls the late Feroz Khan, her first director, known to be a ladies' man, the man who introduced her to the screen with great respect and affection.

"There is a big difference between being 'a man of many women' and a 'sexual predator'. FK was a gentleman with a love for women... women came into his life of their own choices and consent, they ‘fell' for him... I can vouch for him...

"He was a man amongst men and even better amongst women..knowing him he would shoot anyone found guilty of sexual misconduct on set and get away with it. I loved and admired him as my mentor and always will."

Celina's advice to improve the work environment is to champion a zero-tolerance policy on acts of discrimination and harassment in the workplace.

"Cine guilds should enlist professionals to train staff at all levels about the risk of harassment and warn them about the consequences should standards not be adhered to. Since the beginning of male-female coexistence, sexual harassment has been a complicated and deep-rooted issue...an anti-sexual harassment policy alone will not be able to stop it from occurring nor will it bring transformation in the sexist attitudes.

"However, it will lay the foundation for regular awareness generation, accountable and transparent tackling processes."

Celina feels preventive measures on the sets could have averted the Tanushree Dutta incident.

"In the event of what happened with Tanushree, had there been an intimacy supervisor appointed by a body of power above and outside the production, the outcome of what truly occurred would have been completely different."

Darshan on facing challenges to become an actor