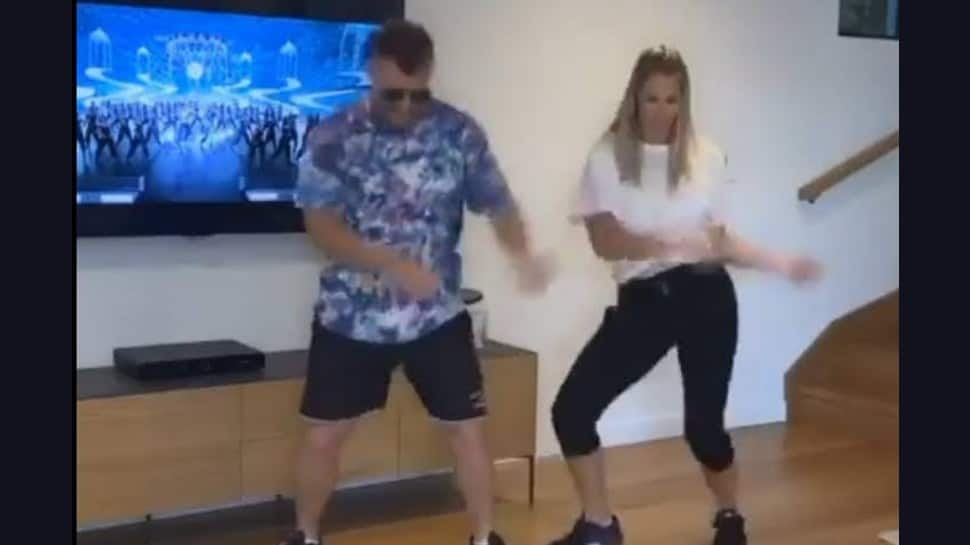 Australian Cricketer David Warner, has taken over the social media with a series of TikTok videos. He recently took to Instagram to share a video of him dancing with his wife Candice to Telugu star Mahesh Babu's hit song 'Mind Block' from the movie 'Sarileru Neekevvaru'.

In the video, the Australian batsman is seen grooving with his wife as they danced with some coordination.

In the caption of the post he revealed that it took him and his wife 50 attempts to "almost" ace these dance steps.

Tagging Mahesh Babu, David Warner captioned the video on Instagram: "After 50 attempts and will show a video of the attempts later we almost got there. Haha thoughts?? #mindblock @urstrulymahesh,"

David Warner enjoys a huge fan following in Hyderabad thanks to his association with SunRisers Hyderabad in the Indian Premier League (IPL).

The 33-year-old batsman has become a social media sensation as he caters to fan’s requests to use certain filters and mimic certain actors.

Earlier, Warner had posted a video on his verified Instagram account where he was seen lip syncing a famous Telugu movie dialogue from a 2006 action-thriller 'Pokiri', starring Mahesh Babu.

Warner, much like all the other cricketers around the globe, is spending his time at home amid the COVID-19 pandemic.The pandemic has brought sporting events, including cricket, across the globe to a standstill.