Renowned for being India’s leading festival for filmmakers and cinephiles alike, the Jio MAMI 21st Mumbai Film Festival with Star held its opening ceremony at one of Mumbai’s oldest and largest indoor theatres, the Bal Gandharva Rangmandir. 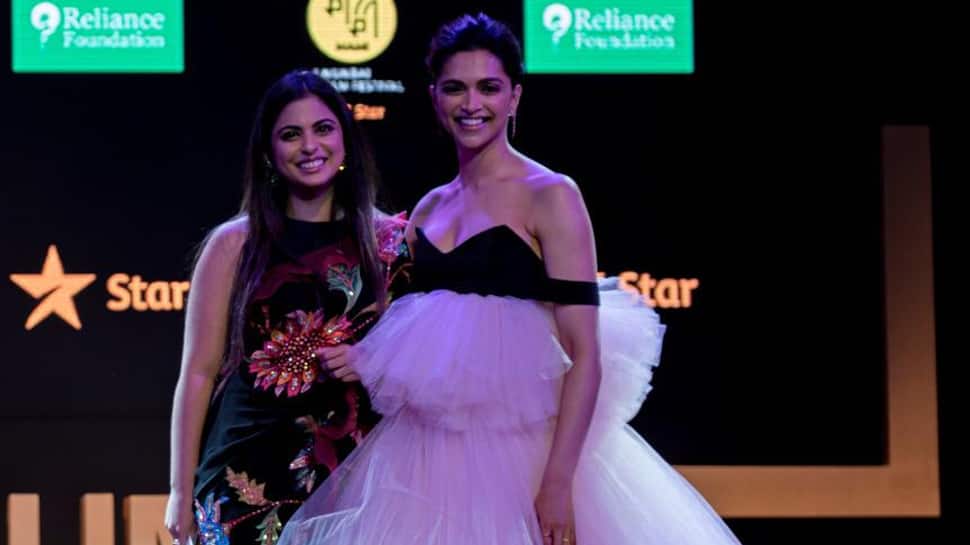 Mumbai: Renowned for being India’s leading festival for filmmakers and cinephiles alike, the Jio MAMI 21st Mumbai Film Festival with Star held its opening ceremony at one of Mumbai’s oldest and largest indoor theatres, the Bal Gandharva Rangmandir.

The ceremony marked the beginning of the 21st edition of one of the most beloved cinematic events in the city, the Jio MAMI Mumbai Film Festival with Star. Deepika Padukone took the stage for the very first time to deliver the keynote address as Festival Chairperson. Board of Trustees, MAMI, and Director, Reliance Jio and Reliance Retail Isha Ambani welcomed the audience while also announcing new initiatives.

With the industry in attendance, the academy celebrated talent who continue to define and shape the filmmaking community today. A talent par excellence, Indian actress, director, painter and photographer Deepti Naval was presented the Excellence in Cinema Award by Director Vishal Bhardwaj and Festival Chairperson Deepika Padukone for her exemplary contribution to the Indian film industry.

In her welcome address Isha Ambani, Board of Trustees, MAMI, and Director, Reliance Jio and Reliance Retail said, “This is the fifth year of Jio’s association with MAMI. It has been fulfilling to nurture and grow a platform that has turned into a global event. Just like the festival, our ambition and vision for it broadens every year. Our commitment is resolute to building this platform and consistently pushing cinema as an agent of change, conversation and creative expression.”

“Star India is known for its engaging content that inspires a billion imaginations, and we are delighted to associate with the Jio MAMI Mumbai Film Festival with Star to celebrate the power of stories. MAMI has become an integral part of the film industry, showcasing best of world cinema and we look forward to the exciting line-up this year.” said Sanjay Gupta, Country Manager, Star and Disney India.

Deepika Padukone, who took the stage for the first time as Festival Chairperson in her keynote address said, “Many of you are probably wondering why I am here, and that the role of a chairperson is for someone older, wiser. Many others believe that I am too young, mainstream and too tall and now look at what I am wearing. But I am here for two reasons, learn and give back to a community that has given me so much, my identity to begin with. And so, in my new role as chairperson, I am a committed to help the academy achieve its vision and for every mistake, I make along the way, consider that my learning. Jio MAMI Mumbai Film Festival with Star binds us without boundaries, inhibitions, and most importantly without fear. As an artist, who truly believes in the power of cinema I say we need this now more than ever before.”

Anupama Chopra, Festival Director, MAMI said, “We are truly overwhelmed by the support that we have received from the Indian and International industry. The 21st edition of the Jio MAMI Mumbai Film Festival with Star is the ultimate showcase of ideas, creativity and expression. The lineup this season, has something exciting in store for every cinema aficionado. Each year the festival works hard to raise the bar with its selection of films and this year is no exception. With over 190 films showcasing this edition, MAMI’s dedication towards celebrating the art of filmmaking continues.”

Smriti Kiran, Artistic Director, MAMI said, “This year for me, the opening ceremony of the festival had India and the world under one roof. From Deepika Padukone to Tillotama Shome, Karan Johar to Hany Abu Assad, Kabir Khan to Ari Aster, Nivin Pauly to Bhaskar Hazarika, Vishal Bharadwaj to Geetu Mohandas, Nandita Das to Kalki Koechlin, Bejoy Nambiar to Roshan Mathew. So many artists from different countries and cultures in this melting pot called Jio MAMI Mumbai Film Festival with Star. No barriers, No boundaries. Only ideas, laughter, love and conversation. My heart is full.”

Mr. Ibrahim Hakki Guntay, General Manager at Turkish Airlines – Western and Southern India said, “Cinema is a beautiful amalgamation of powerful storytelling and soothing music and has been one of the greatest influences. We, at Turkish Airlines, are elated to have partnered with the Jio MAMI Mumbai Film Festival with Star for the fifth consecutive year. The festival provides a platform to storytellers, artists, technicians and the other diverse talent pool that are often not known to the world. Over the years, the festival has ingrained itself deep in the minds and hearts of cinema enthusiast across the country. We wish the MAMI team the very best and look forward to fresh talent creating their magic on screen.”

Speaking on the association, Kartik Mohindra, Chief Marketing Officer, Pernod Ricard India, said, “The short film industry in India is witnessing exciting times and growing dramatically as viewer habits evolve. Our platform Royal Stag Barrel Select Large Short Films has been at the forefront of driving this change. By creating content across genres, which is original, powerful and perfect, the platform has carved a niche for itself. As this genre grows, our endeavor will be to continue to bring these powerful stories and their creators to the forefront. MAMI has been an important and prestigious event for cinema lovers for over two decades and we are proud to partner with them for the 4th consecutive year as the short film category partner.”

The festival now opens at different venues across the city. Apart from screening exceptional films, the festival has exciting masterclasses and sessions in store. With over 190 films from 54 countries across 49 languages including features, documentaries and short films will be screened this year.

The festivities of the opening ceremony for the Jio MAMI 21st Film Festival with Star continued with the opening party at JW Marriott, Juhu; one of the most sought-after luxury locations in the city.