New Delhi: One of the biggest award ceremonies of Bollywood, the IIFA was held on the night of September 18. Many celebrities attended the event and made a stylish appearance at the green carpet. Among the attendees were the power couple of B-Town, Ranveer Singh and Deepika Padukone.

Ranveer and Deepika's outfits were the centre of attraction and memes have started flooding the internet. The 'Gully Boy' actor was seen in his usual quirky avatar, and his wife made heads turn in her lavender outfit with a huge train.

Memes have started flooding the internet on Ranveer and Deepika's IIFA look, and the actress has taken it sportingly.

Sharing a meme on her husband's outfit which asked 'Who Did It Better' (comparing Ranveer's hairdo with Despicable Me series' Agnes' hairstyle), Dippy endearingly wrote, “Mine”.

Check out a screenshot from her Instagram stories here: 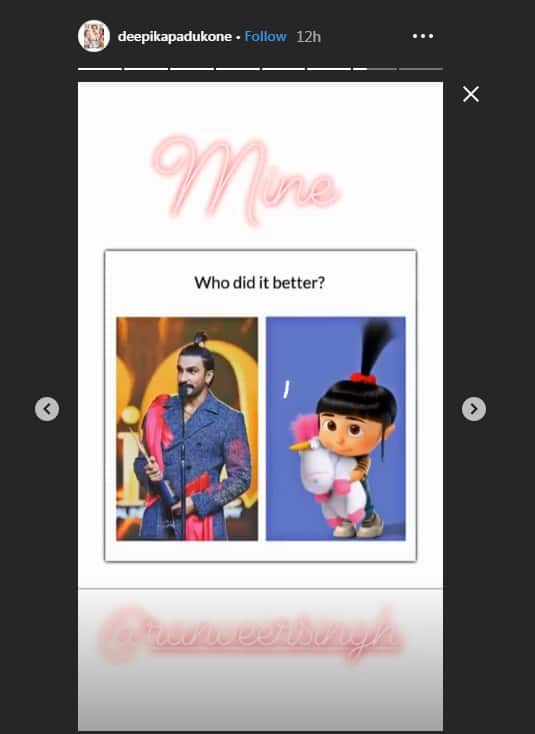 Not only this, but she also shared a meme on her outfit. 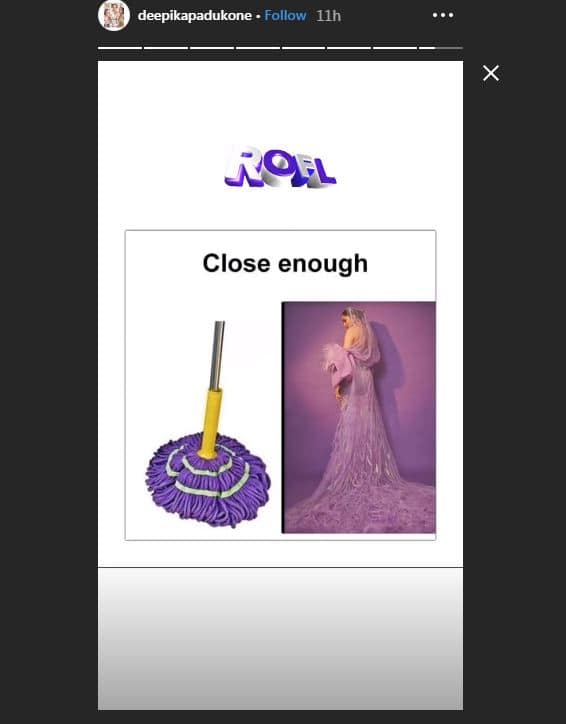 On a related note, Ranveer won the best actor award for his brilliant performance in Sanjay Leela Bhansali's 'Padmaavat'. His hard work as Allaudin Khilji in the film was lauded by many and we couldn't be happier for Bollywood's powerhouse of talent!