Veteran star Dharmendra Deol, who is all set for his upcoming film 'Rocky Aur Rani Ki Prem Kahani' has been having a great time on the sets of the film. 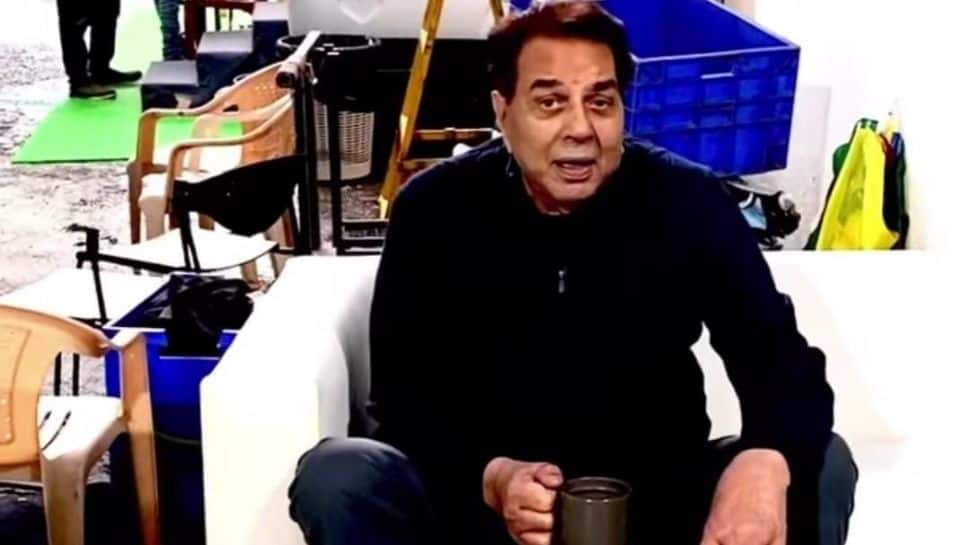 New Delhi: Veteran star Dharmendra Deol, who is all set for his upcoming film 'Rocky Aur Rani Ki Prem Kahani' has been having a great time on the sets of the film.
The superstar shared his happiness being on the sets and enjoying his tea session during the shoot.

On Wednesday, Dharmendra took to Instagram and posted a video, wherein he can be seen addressing his fans as he sips on a cup of tea.

In the clip, he can be heard saying, "Enjoying my shooting... Having tea... really good to be here.. lots of love..Cheers!".

His caption is proof of the fact that he has been thoroughly enjoying the shoot.

"Friends, with his blessings and your good wishes... Romancing the camera for Rocky are Rani ki prem Kahani," he wrote on Instagram.

Dharmendra also has 'Apne 2' in his kitty.