Dilip Kumar was battling health issues for quite some time now and all through this had his wife Saira Banu and close friends by his side. 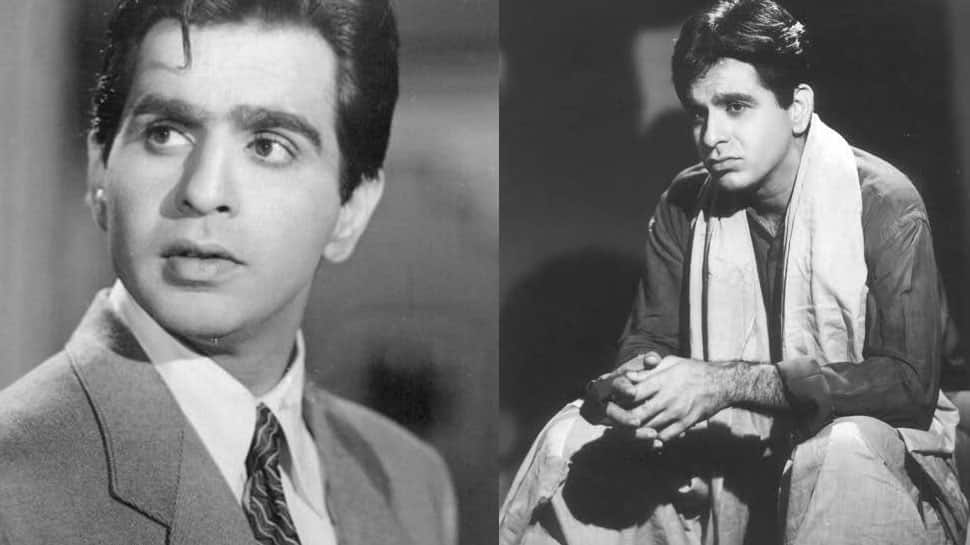 New Delhi: Indian cinema lost a legend today! Dilip Kumar breathed his last at 7.30 am, Wednesday, July 7. He was admitted to PD Hinduja hospital in Mumbai. The 98-year-old actor was battling health issues for quite some time now and all through this had wife Saira Banu and close friends by his side.

The nation is mourning a legend's demise and Bollywood is grief-stricken. Amitabh Bachchan, Akshay Kumar, Ajay Devgn, Riteish Deshmukh and several other celebs took to Twitter to share their views:

T 3958 - An institution has gone .. whenever the history of Indian Cinema will be written , it shall always be 'before Dilip Kumar, and after Dilip Kumar' ..
My duas for peace of his soul and the strength to the family to bear this loss ..
Deeply saddened ..

An epic era has drawn curtains... Never to happen again..

Veteran actor, exemplary role model for all heroes,my respected co star in Kranti, Dilip Kumar ji, is no more.I recall a couple of visits to his house & the pleasant meetings I had with him & Saira ji. My heart goes out to Saira ji, his life partner of many years, for this loss pic.twitter.com/rf706RKJpu

Best actor indian cinema has ever seen and will ever see … #RIP Dilip Saab pic.twitter.com/XG0PM9mjX4

Shared many moments with the legend...some very personal, some on stage. Yet, nothing really prepared me for his passing away. An institution, a timeless actor. Heartbroken.
Deepest condolences to Sairaji#DilipKumar pic.twitter.com/Il8qaMOOhf

To the world many others may be heroes. To us actors, he was The Hero. #DilipKumar Sir has taken an entire era of Indian cinema away with him.
My thoughts and prayers are with his family. Om Shanti  pic.twitter.com/dVwV7CUfxh

A purist par excellence. A man who will continue to inspire generations to come. A human being so sophisticated and refined that chapters could be written on the cadence of each line he spoke. End of an era that will nonetheless remain timeless. #DilipKumar #RestInPeace pic.twitter.com/UOczeoOl92

One of the greatest actors the world has ever known has left us. A giant tree has fallen. I pray for the soul of legend #DilipKumar sahab. I also pray today's generation learns about and celebrates him. He is forever.  pic.twitter.com/UKetoz8KIM

An Era comes to an END in the Indian Film Industry.Deeply Saddened by the passing of LEGEND #DilipKumar Saab. One of the GREATEST Actors India has ever produced,an Acting Institution & a National Treasure. Enthralled the world for several decades.May his soul Rest in Peace. pic.twitter.com/f5Wb7ATs6T

I am so heartbroken by d news that the ‘King of Cinema’ DILIP KUMAR has passed away.
I admired him as an actor & respected him as he was my fathers first cousin frm Peshawar. Therefore I called him Yusuf ‘Lala’. He was very loving to me.
‘Khuda Paiman Lala jan’.#DilipKumar pic.twitter.com/37RbzFb9EP