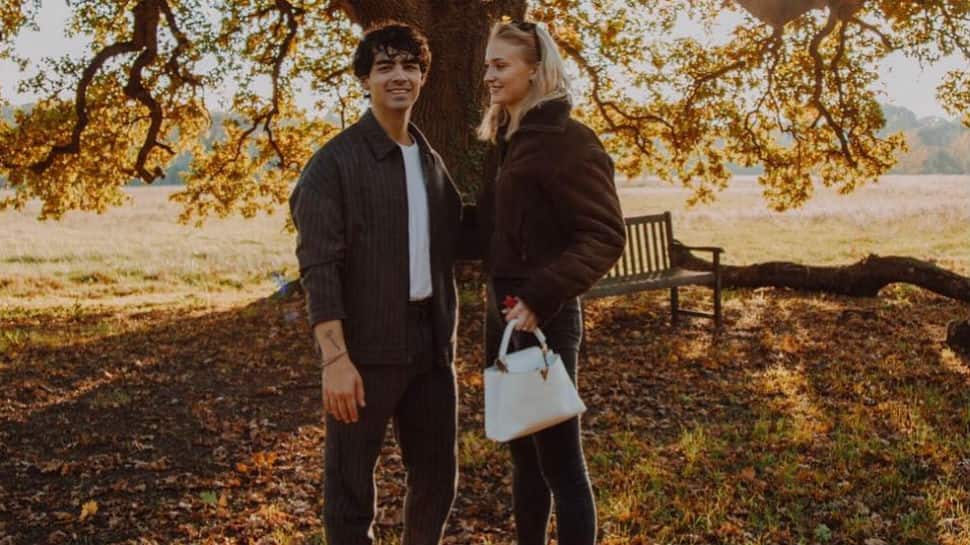 Washington DC: When singer-songwriter Joe Jonas and actor Sophie Turner tied the knot they took everyone by surprise. So much so that, their friend DJ Diplo thought that the wedding wasn`t real.

The 40-year-old DJ said that he had no idea that the wedding nuptials were legit, reported E! News.

The star explained that he was hanging out with Jonas after the 2019 Billboard Music Awards when it happened and there were "mad people with cameras."

"I didn`t know I was like the only person recording this thing," he said.

"There was a story that came out that he was like mad about me. He called me today to apologize," Diplo said.

"Guess I`m ruining it now because I was going to continue to have beef with him. Pay attention to me and Jonas` beef because I`m coming for him," the DJ added.

One of the reasons that the world found out about the wedding was because of the famed DJ, who shared it live on his Instagram Story as an Elvis Presley impersonator officiated the ceremony. Since then, the newlyweds have made headlines with comments on the matter.

Jonas said during a radio interview on Capital Breakfast with Roman Kemp, "Yeah, he did ruin it. I love Diplo, but he loves his `gram more than a 13-year-old...We just laughed. We loved it. We thought it was ridiculous."

While Turner told NET-A-PORTER`s PorterEdit she thought that it was funny, but also would have kept the wedding under wraps if it had not gotten out on Diplo`s Instagram feed.

Jonas and Turner are all set to tie the knot in a second wedding this summer in France.

"Joe and Sophie want to have a huge party," a source told US Weekly of the upcoming party.

"The decor is going to be sophisticated, but there`ll be some kitschy elements, including a really wild cake. There`ll be a live band, and the Jonas Brothers are expected to take the stage," the source added.

Jonas and Turner first sparked romance rumours in November 2016 when they were spotted together at a pre-MTV Europe Music Awards event. They made their relationship Instagram official by the following January. In October 2017, the power couple got engaged.

Bhumi Pednekar happy with co-actors who bring diversity to screen