Disha Patani and Tiger Shroff perform at the opening ceremony of ISL (Indian Super League) 2019 held at Kochi on October 20. 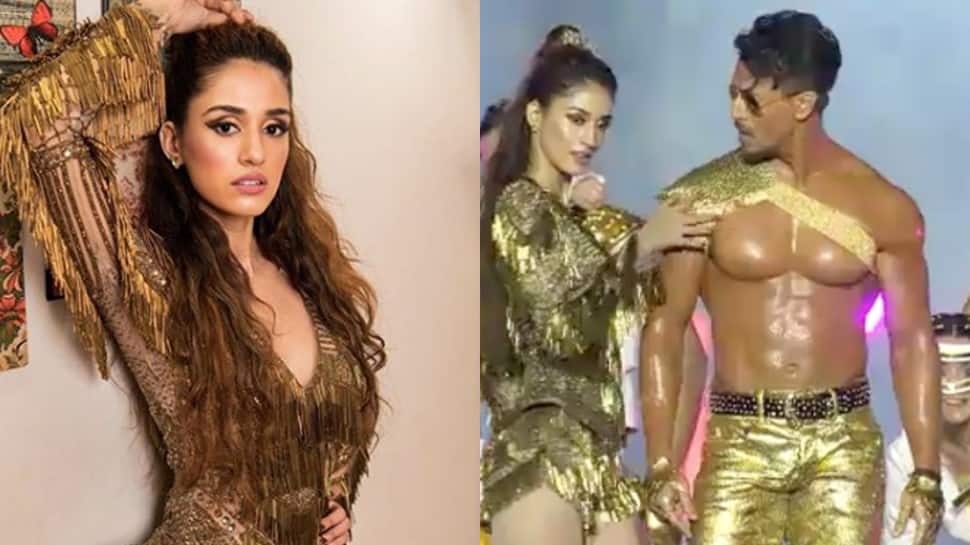 New Delhi: Bollywood's rumoured 'It' couple, Disha Patani and Tiger Shroff are often making headlines due to their lunch/dinner dates. The duo recently visited Kochi to perform at the opening ceremony of ISL (Indian Super League) 2019 held there on October 20.

Wearing a golden Falguni peacock outfit, Disha looked gorgeous at the event. Her rumoured beau, on the other hand, can be seen flaunting his six-pack abs in a glittery outfit.

Sharing a glimpse of their performance, Disha wrote on Instagram “Had a blast performing at @indiansuperleague last night”

Even though rumour mills are rife that Tiger and Disha are dating, both actors remain tight-lipped about their relationship and continue to say that they are best friends. Neither of them have ever admitted to dating the other but the pictures that float on the internet from time to time have a different tale to tell.

On the work front, Tiger's latest outing 'War' broke records at the box office and became the highest-grossing film of 2019 as well. The film stars Hrithik Roshan as the other lead and has been helmed by Sidharth Anand.

Coming to Disha, she was last seen in Salman Khan's 'Bharat' and played the role of a trapeze artist named Radha. The film was a huge success and sent cash registers ringing the moment it released.