Disneyland's Avengers Campus to open in 2020

The Avengers will assemble once again next year, this time not to fight supervillain Thanos but to recruit more superheroes to join them in their mission to save the world through "Avengers Campus", a Marvel-themed park arriving at Disneyland in California and Paris. 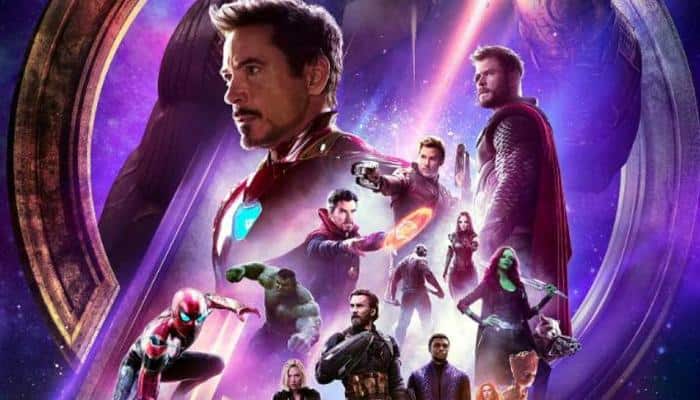 Anaheim:The Avengers will assemble once again next year, this time not to fight supervillain Thanos but to recruit more superheroes to join them in their mission to save the world through "Avengers Campus", a Marvel-themed park arriving at Disneyland in California and Paris.

Although Spiderman's future in the Marvel Cinematic Universe remains in a limbo, thanks to the standoff between Disney and Sony Pictures, the iconic web-slinger will be part of the superhero land, and remain in the spotlight. A copy of Spiderman's suit is on display at D23 Expo, highlighting the plans surrounding a new attraction themed around the hero.

Bob Chapek, Chairman of Disney Parks, Experiences and Products Chairman, revealed the official title of the Marvel land -- "Avengers Campus". He said that guests will be recruited to fight alongside the Avengers, and the campuses will be a place for guests to train with their heroes. The guests who visit these campuses will become part of an interconnected, global story spanning from California to Paris to Hong Kong.

"We're building an immersive superhero-themed land at Disney California Adventure and Disneyland Paris that will enable our guests to join the Avengers to save the world," said Chapek.

"These lands are actually campuses created by Avengers to train up new heroes. When guests, or future superheroes, visit the campus, they will become a part of the interconnected global story that spans from California to Paris to Hong Kong," he said, adding that he looks forward to the time when he can share more information about the attractions of the land "some day".

The Marvel-themed area will be launching in 2020.

"The lands are growing quickly and now people visiting Disneyland's have started to witness how it is shaping up. They will be launched next year," said an official at the Disney Parks "Imagining Tomorrow, Today" pavilion.

Inside the pavilion at D23 Expo, guests can see an in-story experience and learn why the Avengers are building these campuses. There's Spiderman's suit, Iron Man's technology, advanced gadgets and jets to help the guests get an idea of the attraction.

Another announced made at the special media preview was a "Moana" inspired water attraction coming to EPCOT soon.

"Journey of Water", inspired by "Moana", promises guests an interactive experience with magical and living water in a beautiful setting. Not too many details have been given about the project, but the attraction's poster shows symbol of goddess Te Fiti's heart and a family walking through, immersed in the water world.

Vijay Varma gets into nineties mode for 'Hurdang'