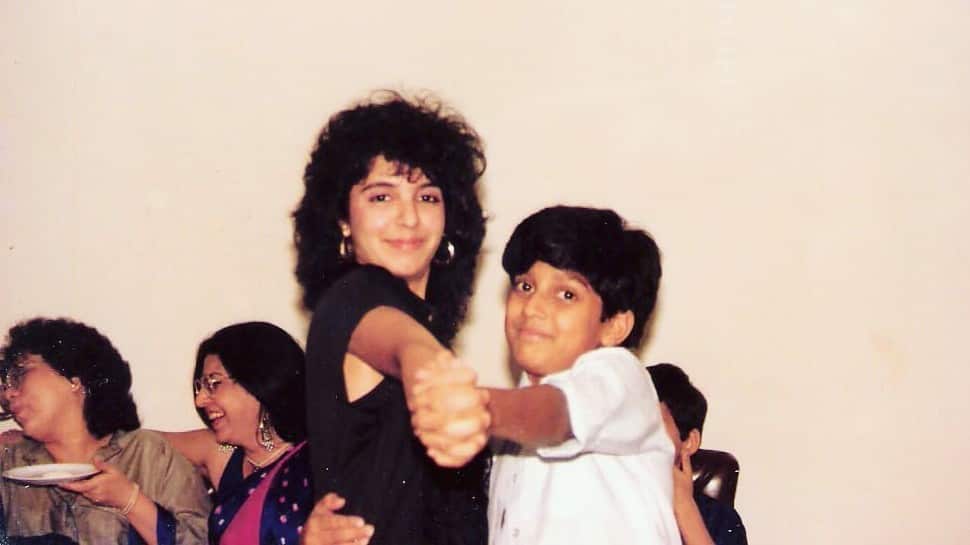 New Delhi: Filmmaker Farah Khan took to Instagram to share a priceless throwback picture of hers dancing with actor-cousin Farhan Akhtar. The actor shared the same image from his profile saying those were ‘the wonder years’.

The young duo can be seen happily dancing at a family party with a few of their family members in the back laughing and enjoying the party.

Farah captioned her post saying, “Before internet, wifi & computers there was Dance!! The best family bonding.. @faroutakhtar n i in my ever flashdance haircut tripping the light fantastic.. #dancingcousins #thosewerethedays .. ( my beautiful mom in the sari at the back with rosy maami)”

Farhan Akhtar responded in the comments section and said, “Best times”. Actress Malaika Arora also dropped a comment on the post saying, “Hair is very @chunkypanday.” Other celebrities replied to this comment with laughing emojis and Farah responded too saying that Malaika is obsessed with Chunky Panday.

Actor Farhan Akhtar also uploaded the same picture but put a fun caption for it. “The wonder years. Dancing with or should I say holding on to dear life (that’s what it looks like) with

Hrithik Roshan and several other celebrities also commented on the post and were quite amused by Farhan Akhtar’s caption.

Emraan Hashmi is back to the 'magical dark rooms called theatres'