Dilip Kumar died at a Mumbai hospital on Wednesday morning and was laid to rest with full state honours in the evening. He was 98. 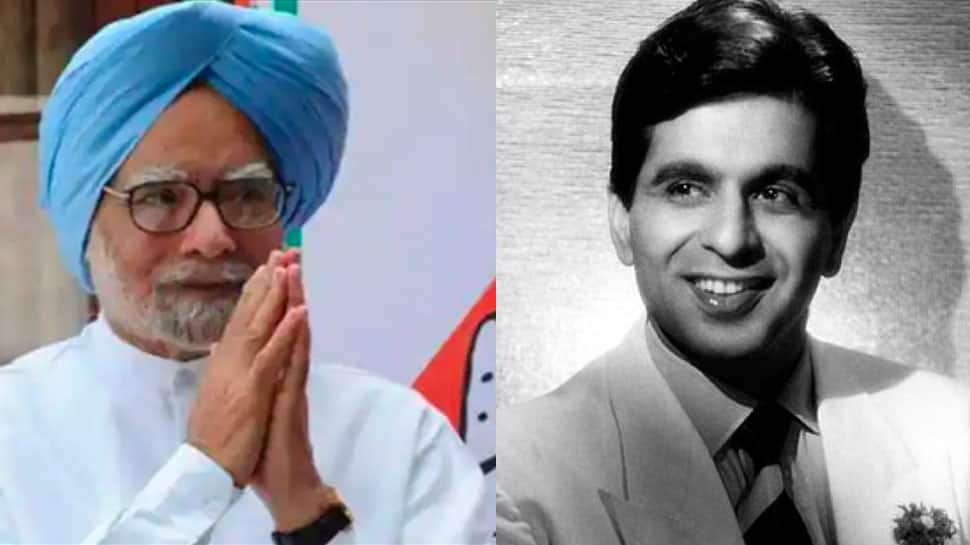 New Delhi: Dilip Kumar was one of the greatest actors in the history of Indian cinema who will remain a "prince'' in the minds of generations of Hindi film lovers, former prime minister Manmohan Singh said on Thursday in a letter to the legendary actor's wife Saira Banu condoling his demise.

Dilip Kumar died at a Mumbai hospital on Wednesday morning and was laid to rest with full state honours in the evening. He was 98.

The actor, who portrayed the brooding, intense romantic in classics such as 'Mughal-e-Azam' and 'Devdas', is survived by his wife Saira Banu.

In a letter to Saira Banu, former prime minister Singh said Dilip Kumar, "who was referred to affectionately as the 'Tragedy King' and 'The First Khan' of Indian cinema, has been credited with bringing a distinct form of acting technique to Indian cinema."

Kumar holds the record for most wins for the Filmfare Award for Best Actor and was also the inaugural recipient of the award, he noted.

"He (Kumar) was a legend of Indian cinema who will remain a prince in the minds of generations of Hindi cinema lovers. Dilip Kumar ji is one of the greatest actors in the history of Hindi cinema, who holds the Guinness World Record for winning the maximum number of awards by an Indian actor," Singh said.

Kumar's contribution in the field Indian cinema was recognized by the Government of India by awarding him the Padma Vibhushan, the second-highest civilian honour of India, the former prime minister said.

"His distinguished contribution to Indian cinema will always be remembered by the people of our country and by all the Hindi film lovers over the world," he said.

"My wife Gursharan joins me to send you and all members of your family our heartfelt condolences on this bereavement. May God give you all the strength to bear this irreparable loss with courage and fortitude," Singh said in his letter.

The screen icon, who embodied the best of India with his films and in his public persona, was accorded a state funeral, his body wrapped in tricolour and a gun salute sounding out.