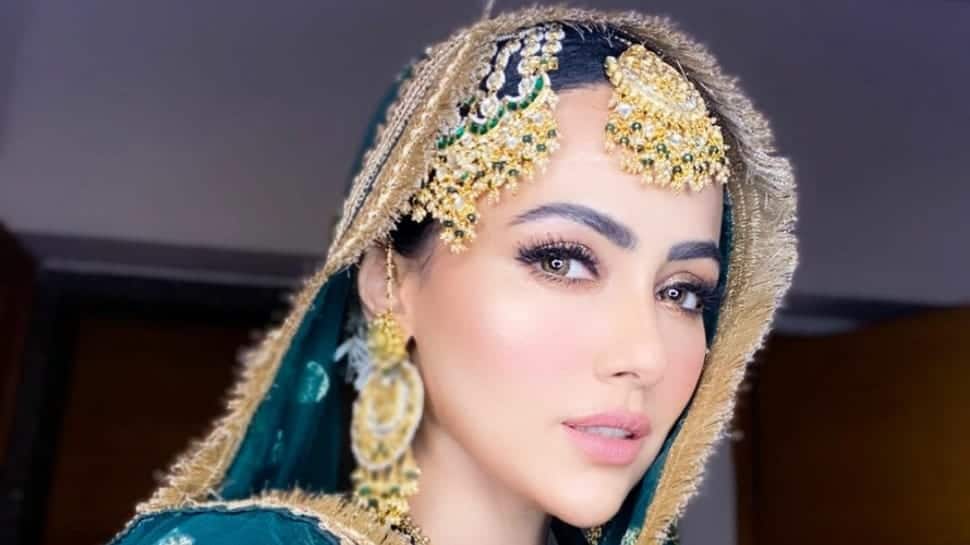 New Delhi: Former actress and 'Bigg Boss' fame Sana Khan has been sharing glimpses of her life since she got married to Surat-based Mufti Anas Sayied. Taking the internet by storm again, Sana shared some more posts on her Instagram account which are pure bliss.

Check out her dazzling pictures here.

The 'Halla Bol' actress also shared a video on her Instagram stories where she is on a drive with her husband to Starbucks. Sana's cup has 'Begam' (wife) written on it, which she says is spelt wrong.

Sana, who announced her decision to quit showbiz for good earlier this year, enjoys a high following on social media. She has been frequently sharing videos and pictures post-marriage to Sayied. Her wedding video in which Sana is dressed in a white Princess-like gown, walking hand-in-hand with her husband, went viral in no time.

Sana’s fans are super excited to see her wedding as well as post-marital pictures. Her recent pictures received comments from her fans like ‘looking gorgeous’ and ‘Mashallah’.

Sana who made her Bollywood debut with the movie 'Yehi Hai High Society' in 2005, shot to fame in 2006 when she participated in ‘Bigg Boss 6’. She has also acted in Salman Khan’s ‘Jai Ho’ and Akshay Kumar starrer ‘Toilet: Ek Prem Katha’.

I think there should be censorship on digital platforms as well: TV actress Dalljiet Kaur