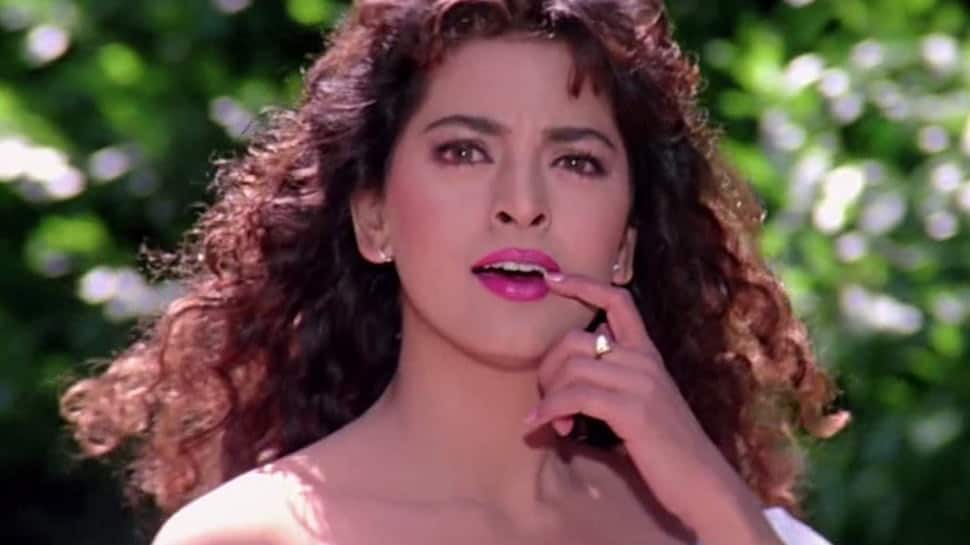 New Delhi: Bollywood actress Juhi Chawla's blockbuster songs interrupted the 5G hearing on Wednesday soon after she joined through video. Reportedly, a man started singing her hit songs during the virtual hearing relating to the Bollywood star's plea against the 5G wireless network.

The third time, a person sang 'Meri banno ki aayegi baraat ke dhol bajao ji' from the movie Aaina. After which the court said, "Please identify the person and issue a contempt notice".

Justice Midha asked the Court Master to 'identify the person' who interrupted the hearing with the songs and notice to be issued against him.

Meanwhile, for the unversed, the Delhi High Court Wednesday questioned actress-environmentalist Juhi Chawla for directly filing a suit against setting up of 5G wireless networks in the country without giving any representation to the government on her concerns related to the technology, according to PTI report.

Justice J R Midha said the plaintiffs, Chawla and two others, were required to first approach the government for their rights and if denied, they should come to the court. The court after hearing the arguments of various parties reserved its order on the suit.

The plea claimed that 5G wireless technology plans threaten to provoke serious, irreversible effects on humans and permanent damage to the earth's ecosystems.

The suit, filed by Chawla, Veeresh Malik and Teena Vachani, said that if the telecom industry's plans for 5G come to fruition, no person, animal, bird, insect and plant on earth will be able to avoid exposure, 24 hours a day, 365 days a year, to levels of RF radiation that are 10x to 100x times greater than what exists today.

On a lighter note, Chawla's lawyer said maybe the person is already affected by the radiations.