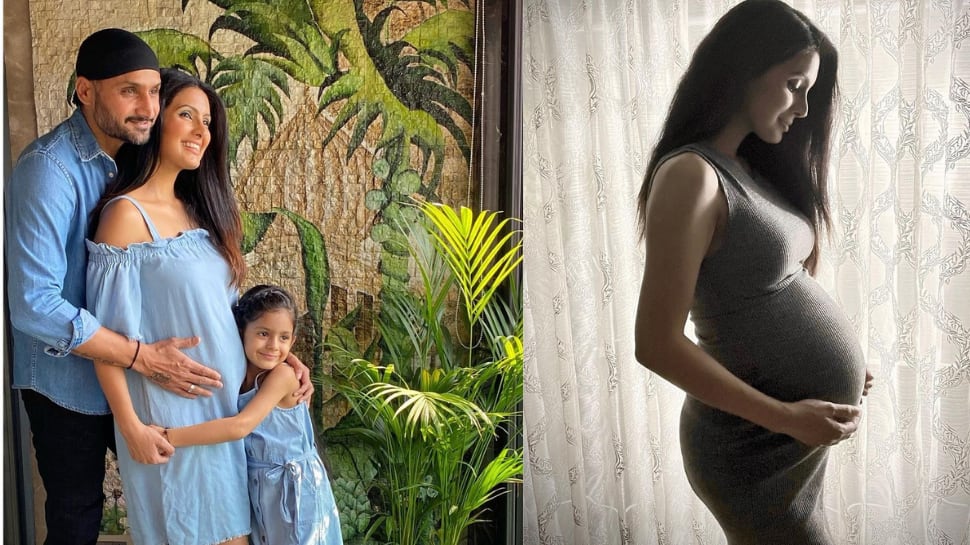 Talking about the difficulty in conceiving for the second time, Geeta shared with ETimes, "My son Jovan is a rainbow baby." The term Rainbow baby is used for a child who is born after a family suffers stillbirth, miscarriage or death during infancy.

The actress suffered miscarriages in 2019 and 2020 during her first trimesters. Asking women not to lose hope, Geeta said, “I want to talk today. I want to tell those women who have had miscarriages and lost hope to pick themselves up again. They should not give up and suffer in silence yearning for a child. Yes, a miscarriage can have a terrible effect on you from which you might take a long time to come out. A couple of my friends have had miscarriages. But we as women have to learn to put this behind us in the quickest possible time.”

Opening up about the pain of losing a child, Geeta revealed, “The last two years have been traumatic for me no doubt but I held myself from breaking down. A woman's hormones after a miscarriage go up and down a lot, which, in turn, makes it extremely difficult for her to maintain her composure. I kept myself strong and did not allow that meltdown to happen".

After suffering a second miscarriage, the actress shifted to her in-laws place in Punjab for sometime. “It is important for a girl to have the right support system around her. Even before I got married, I was sure I wanted to have kids--not one but two. The bond formed between siblings is very strong and the first child always needs company. My daughter Hinaya is 5 years old now; if I had my way she would have been 3 years old when Jovan was born,” said Geeta.

The actress got pregnant for the fourth time while she was in Punjab. “I decided to completely rest it out in the first trimester. I just took my vitamins and waited for the first three months to get over. After that, we came to Mumbai, and a little later, I took to yoga. That helped me a lot. Long works in the last trimester were a given. My gut instinct told me that this time all will go well. Touchwood, it did,” revealed Geeta.