Get ready to relive your 'Friends' memories as show heads to big screen!

The iconic comedy series `Friends` is heading to the big screen. Fathom Events and Warner Bros. are celebrating the 25th anniversary of the show with a three-night special event. 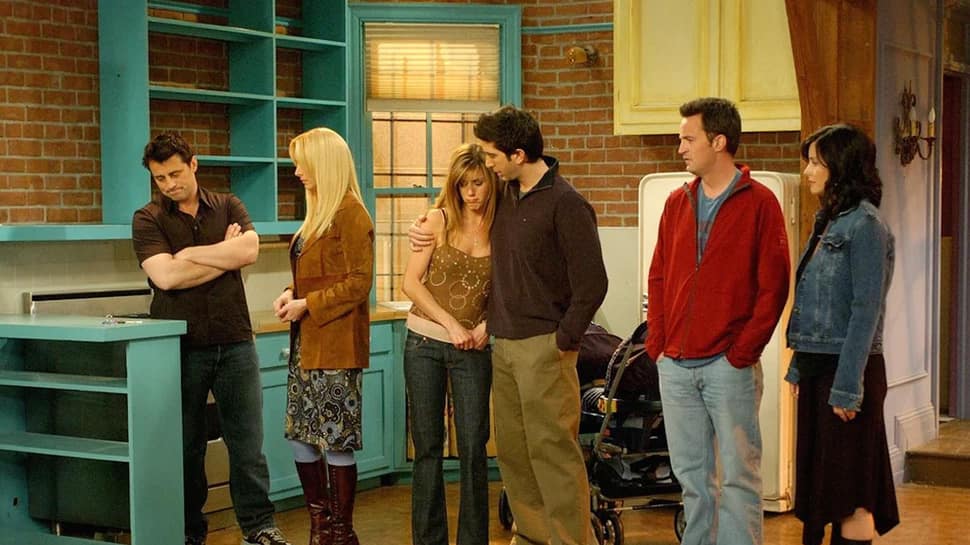 The iconic comedy series `Friends` is heading to the big screen. Fathom Events and Warner Bros. are celebrating the 25th anniversary of the show with a three-night special event.

`Friends 25th: The One With The Anniversary` will pay tribute to the iconic comedy by bringing 12 fan-favorite episodes to movie theatres across the U.S. over three nights -- September 23, September 28 and October 2, reported E! News.

Apart from the fan-favorite episodes, there will also be bonus content with the screenings, like interviews and other never-before-seen behind-the-scenes content."We`re thrilled to celebrate the 25th anniversary of Friends, a TV show that continues to impact culture and attract new fans from across generations," Ray Nutt, CEO of Fathom Events, said in a statement.

"Fans will have the opportunity to come together and look back on some of the most hilarious and emotional scenes from the acclaimed comedy this time in theatres," he added.

The event will screen in more than 1,000 theatres nationwide at 7 pm (local time) through the Fathom Network. A complete list of theatre locations will be available on August 16 on the Fathom Events website.

The upcoming screening is just one of the many celebrations taking place to pay tribute to the beloved sitcom. Executive producers Marta Kauffman, David Crane, and Kevin Bright will take part in a conversation and screening as part of Tribeca TV Festival in New York City on Friday, September 13.

`The One with the Embryos` and `The One Where Everybody Finds Out`, selected by the creators and executive producers, will be the episodes screened before the panel discussion. Additionally, Warner Bros.

TV is making a Friends pop-up experience in New York with props and set recreation and LEGO is releasing a Central Perk set.The celebration doesn`t stop there! Warner Bros. and Giphy are also launching a Friends GIF channel with more than 2,300 GIFs from every single episode of `Friends`.Starring Jennifer Aniston, Courteney Cox, Lisa Kudrow, Matthew Perry, Matt LeBlanc and David Schwimmer, the beloved sitcom ran for 10 seasons on NBC between 1994-2004. It followed the story of six friends in their 20s and 30s who live in Manhattan, New York City.

Friends made its TV debut on September 22, 1994. The comedy series is officially leaving Netflix and will debut on HBO Max in 2020.