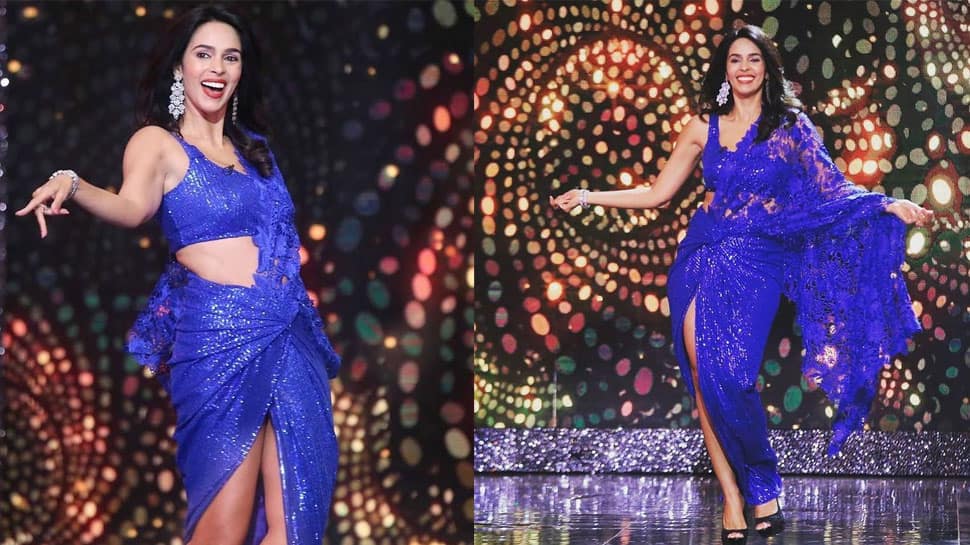 New Delhi: The bold and beautiful actress Mallika Sherawat is known for speaking her mind. She never really minces her words and this is exactly why she has often landed in controversies.

In her debut movie Khwaish, Mallika had 17 kissing scenes reportedly.

On the work front, she featured in Nakaab recently co-starring Esha Gupta along with her. The web series involved shooting some intimate scenes between the two leading ladies, as per reports.

Nakaab, a thriller, also stars TV actor Gautam Rode in the lead and streamed on MX Player. It has been directed by Soumik Sen.

On the work front, Mallika's recent project RK/RKAY had a theatrical release in the US and Canada only. The project is directed by Rajat Kapoor. It features Rajat Kapoor, Mallika Sherawat, Ranvir Shorey, Chandrachoor Rai, Kubbra Sait and Manu Rishi Chadha among others.