Widely known as 'The Marilyn Monroe of Bollywood', Madhubala was a gifted actor and was known for her beauty. 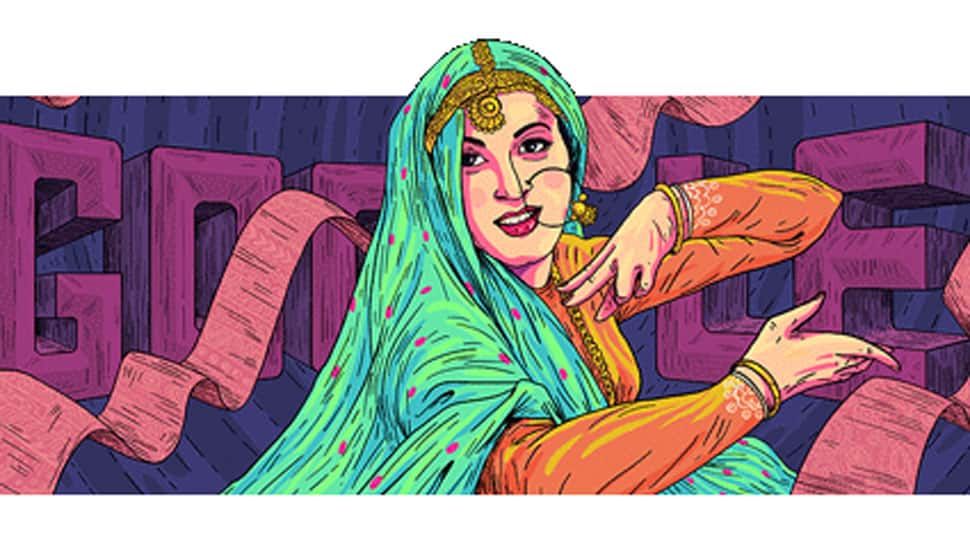 New Delhi: Google Doodle on Thursday honoured late legendary actress Madhubala on her 86th birth anniversary. Widely known as 'The Marilyn Monroe of Bollywood', Madhubala was a gifted actor and was known for her beauty, personality and sensitive portrayal of women in films.

Born in Delhi on February 14 in 1933, Mumtaz Jehan Begum Dehlavi was raised in a town located near the Bombay Talkies film studio. She appeared in her first film at the age of 9, billed as Baby Mumtaz. R0aised in the slums of Bombay, she supported her family as a child star and soon became a leading lady known for her elegance on-screen and acting abilities.

In 1947, she landed the lead role in Neel Kamal at the age of 14, taking the name Madhubala. As the family’s main breadwinner, she worked tirelessly to support her parents and four sisters. She fell in love with actor Dilip Kumar, her co-star in cult classic Mughal-E-Azam (1960). Her character as Anarkali and the chemistry with Kumar, who essayed the role of Salim, is still remembered and etched in millions of hearts across the country.

"While her breathtaking appearance earned comparisons to Venus, Madhubala was a gifted actor with an understated style well suited for comedies, dramas, and romantic roles alike," Google said in its blog.

Madhubala appeared in nine films during 1949, including a spellbinding breakout performance in the box office hit Mahal.

Appearing in over 70 films over the course of a tragically brief career, Madhubala — who would have turned 86 today — was called “The Biggest Star in the World” in 1952 by Theatre Arts magazine.

Madhubala`s fledging career and life was cut short when she breathed her last on February 23, 1969, due to prolonged illness. In 2008, the legendary actress appeared on a commemorative postage stamp in India, where she is remembered by many as one of the greatest to ever grace the silver screen.