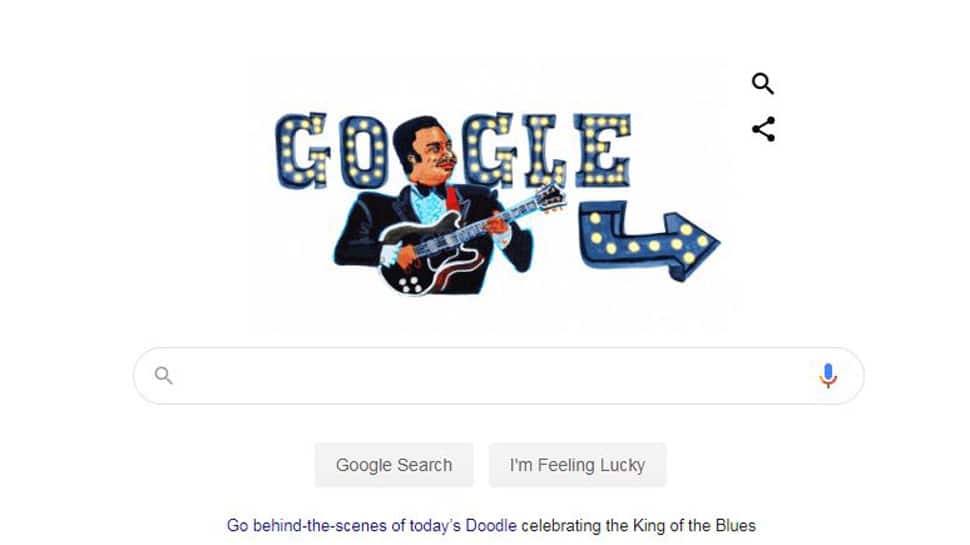 "Born on this day in 1925 on a Mississippi Delta plantation near Berclair, Mississippi, Riley B. King was a sharecropper’s son whose soulful, piercing guitar solos became recognizable with a single note. Often imitated but never duplicated, B.B. King became a blueprint for many of the world’s biggest rock stars who followed. “I wish I could just do like B. B. King,” said John Lennon of The Beatles. “If you would put me with B. B. King, I would feel real silly, " A Google post read.

King ventured into music production in 1949 and recorded his first hit in 1949, 'Three O’Clock Blues.'

"BB opened for the Rolling Stones on tour and became the first internationally acclaimed blues artist, winning 15 Grammys, being inducted into the Rock & Roll Hall of Fame, receiving honorary doctorates from assorted universities, and performing at the White House. Embodying the traveling bluesman, King was also known for averaging more than 300 shows a year throughout various points in his career, " the Google post read.