Actress Hansika Motwani's video from the beautiful sunny beaches of Maldives has taken the social media by storm. 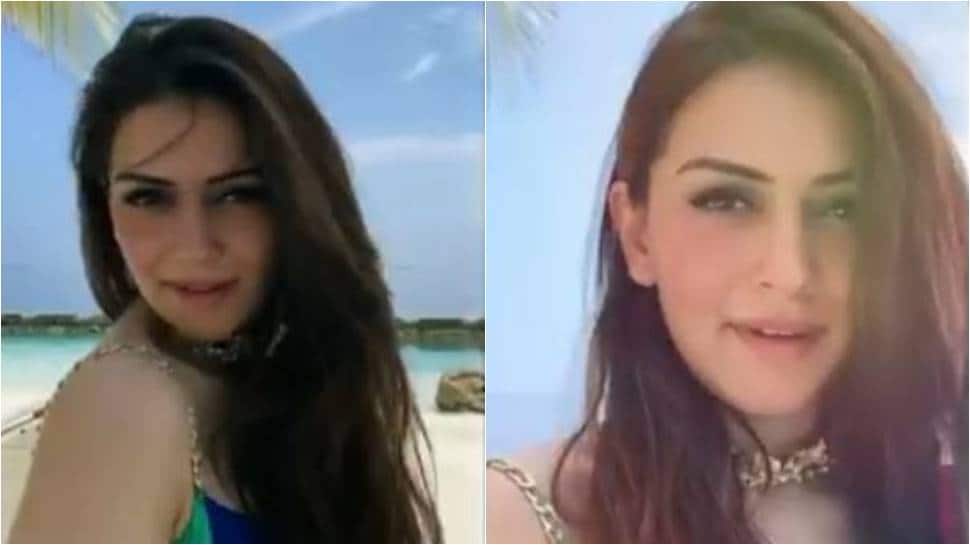 New Delhi: Actress Hansika Motwani who has been a part of the Bollywood industry for a long time and has worked in several films recently posted a video on her social media. The actress was seen flaunting a beautiful summery dress on the beaches of Maldives.

The video was shared by Hansika on her Instagram account in which she can be seen enjoying beach side while the song 'Tera Nasha' plays in the background.

While posting the video with the caption "Akash, Samandar and me", Hansika is seen playfully performing to this song in a summery blue outfit.

Hansika Motwani born to a Sindhi family in Mumbai started her acting career in the year 2001 with 'Shaka Laka Boom Boom'.

She appeared in many serials, including 'Son Pari', 'Karishma ka Karishma'. She made his Bollywood debut with Hrithik Roshan and Preity Zinta's film 'Koi Mil Gaya'.

At the age of 15, she started working as a lead actress in films through a Telugu film. After this, she also appeared in Himesh Reshammiya's film "Aapka Suroor" as the female lead.

Apart from this, she appeared in a film called "Money Hai to Honey Hai" which was released in the year 2008. She has not acted in any Hindi film in the past 12 years.

She has acted in Kannada, Telugu and Tamil movies as well.