Actor Harman Baweja and his fiancee Sasha Ramchandani exchanged wedding vows in a Sikh ceremony on Sunday (March 22). The wedding was attended by the couple's close family members and friends, including Raj Kundra, Aamir Ali, Ashish Chaudhary among others. 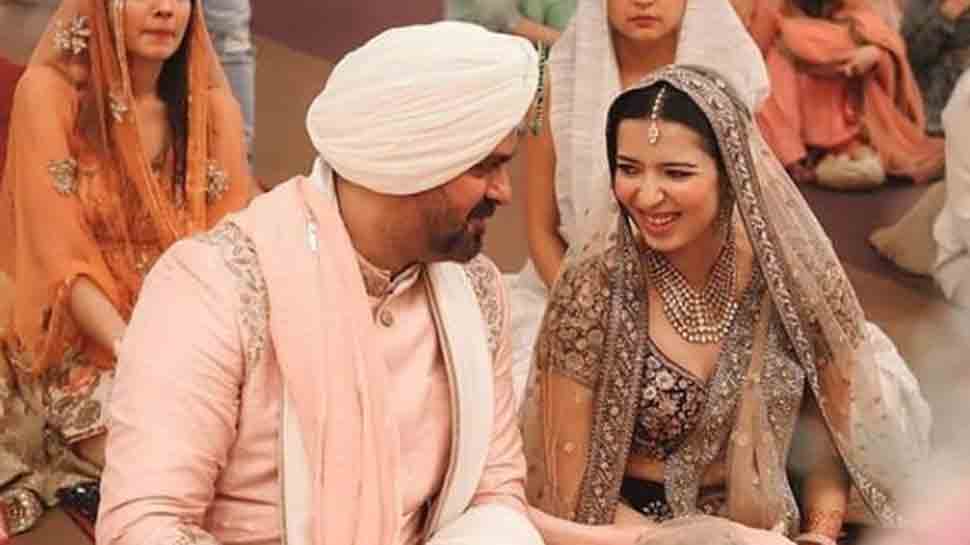 NEW DELHI: Actor Harman Baweja and his fiancee Sasha Ramchandani exchanged wedding vows in a Sikh ceremony on Sunday (March 22). The wedding was attended by the couple's close family members and friends, including Raj Kundra, Aamir Ali, Ashish Chaudhary among others.

Actress Shilpa Shetty, who couldn't accompany her husband Raj Kundra to the wedding, which is reportedly taking place in Kolkata, shared a video from the nuptials on Instagram. While Harman decked up in a pink sherwani paired with a white turban, the bride was in a maroon and pink lehenga. Wishing him on the new beginning, Shilpa wrote along with the video, "Congratulations #Harman and #sasha .. Here’s to new beginnings filled with unconditional love , happiness and friendship forever. So happy for you guys #harmansasha #friendsforever #love #anotheronebitesthedust #wedding."

Shilpa also shared a picture of the newlyweds on her Instagram Stories and wrote, "Wishing you miles of smiles Harmiiii and Sasha. Missing being there. Love u guys. #mereyaarkishadihai." 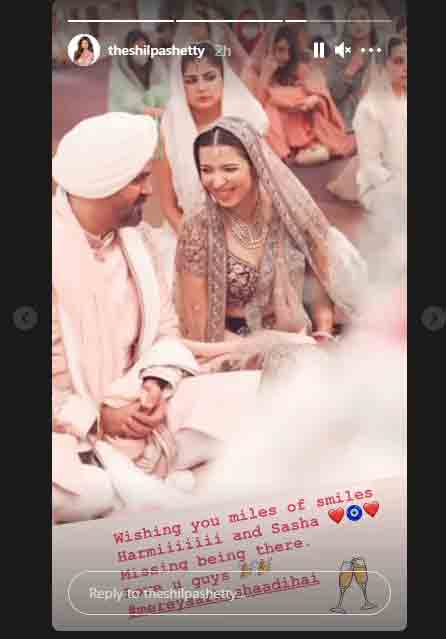 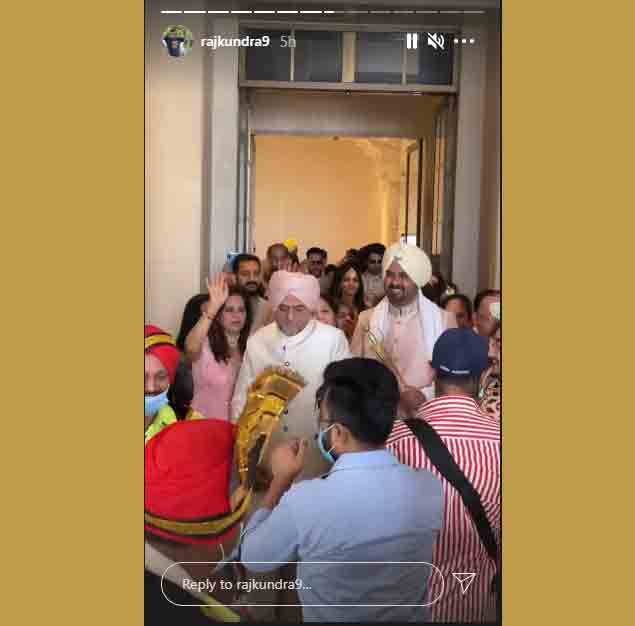 Raj Kundra took to Instagram to share videos from Harman's baraat that showed actors Aamir Ali and Ashish Chaudhary shaking their legs on the dance stage. Later, the groom, Harman Baweja too joins them as they together burn the dance floor. Another video from the wedding shows the guests including Ashish savouring the delicacies served at the wedding.

"When your bestie is getting married the sangeet has to be G.O.A.T #harmansasha what say @diljitdosanjh praaji? Thanks @baweja.aaryan for the amazing choreography we rocked it! #sangeet," Raj wrote, captioning the video. His dance performance was one of the main highlights of the ceremony. In fact, his wife Shilpa Shetty too dropped a heartwarming comment on the video, writing, "Wooohooooo cookkkiiieeeee Killed it. Supppperrrrrr se bahut uparrrrr."

Actor Aamir Ali also shared a video on Instagram where he is seen applying Haldi on Harman's face as he gets pulled by the groom who then drenches him instead.

The wedding nuptials in the afternoon was preceded by an early morning baaraat that had the groom and his friends dancing. Raj Kundra, who is Harman's best friend, shared a series of video from the baraat ceremony, showing the groom dancing on the dhol beats.