In the video, the duo sits down to discuss a cause Harry is "quite passionate about." 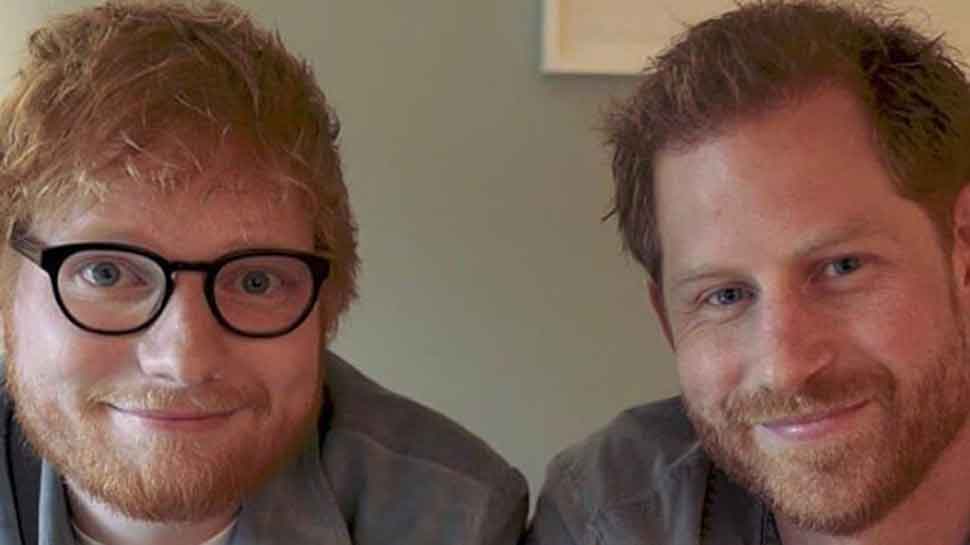 A one-minute and 40-second video, uploaded on the official Instagram page of the Duke and Duchess of Sussex, on Thursday featured the 28-year-old singer excitedly preparing for his meeting with the 35-year-old Prince Harry.

In the video, the duo sits down to discuss a cause Harry is "quite passionate about."

It appears, however, that the two aren`t on the same page.

"I`ve been trying to write a song about this," Sheeran said."Someone with a skill set, to be able to write lyrics of a song to raise awareness, I think would be amazing," Harry responded.

"Yeah, that`s exactly what I`m trying to do," Sheeran said. "People just don`t understand what it`s like for people like us."The comment made Harry pause, so Sheeran explained, "The jokes and snide comments, I feel like it`s time we stood up and said `we`re not going to take this anymore, we`re gingers and we`re going to fight.`

"The Duke of Sussex then explained that the song wouldn`t be for the empowerment of redheads, but for World Mental Health Day.

At the end of the video, the team took a moment to ask viewers to reach out to anyone that might be suffering from a mental disorder.

According to the website of Fox News, the video comes just days after Harry and Meghan Markle`s charitable endeavors were officially removed from the Royal Foundation website.

Here's why Oprah Winfrey refrains from becoming a mother