New Delhi: One of the most sought-after actresses of Indian television, Hina Khan is at the prestigious Cannes Film Festival and is setting the internet on fire with her outfits. Known to be a fashionista, the actress unveiled the first look poster of her debut film 'Lines' at the festival. Cannes 2019 began on May 14 and will conclude on May 25th.

Hina's latest red carpet look from Cannes is going viral for all the right reasons. The gorgeous actress is seen wearing a silver metallic gown, with swept-back hair. Her matching footwear accentuates the entire outfit.

Check out these pictures of Hina, as shared on her Instagram stories: 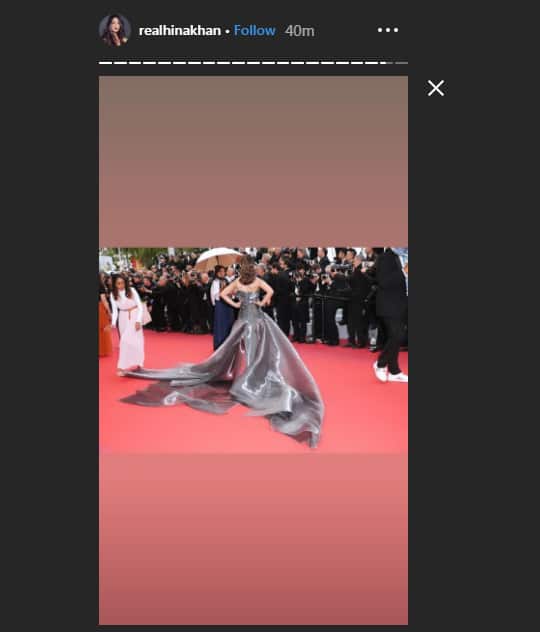 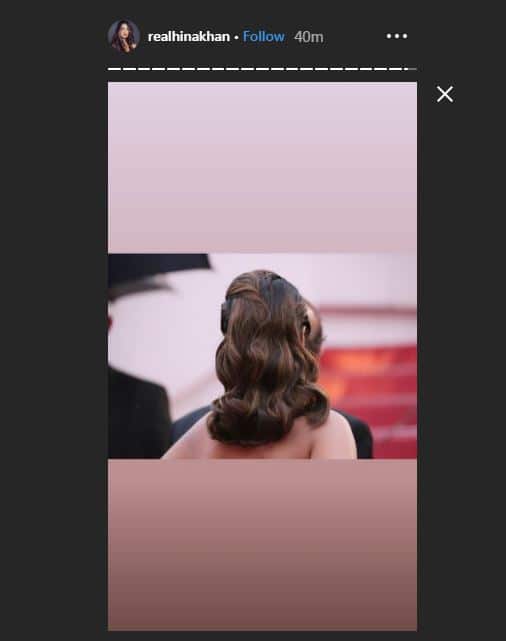 Fan clubs of the actress too shared her pictures in the metallic silver gown.

Hina carved a niche for herself in the Indian television industry by playing the role of Akshara in the popular show 'Yeh Rishta Kya Kehlata Hai'. She played an ideal 'bahu' in the show for 8 long years after which the leggy lass was seen in Bigg Boss season 11. Hina was the first runner-up in Bigg Boss and won many hearts during her stint.

After the poster of her debut film being unveiled, fans are eager to watch Hina on big screens!