It is perhaps the result of her vigorous workout sessions, that the actress has a perfectly toned body. 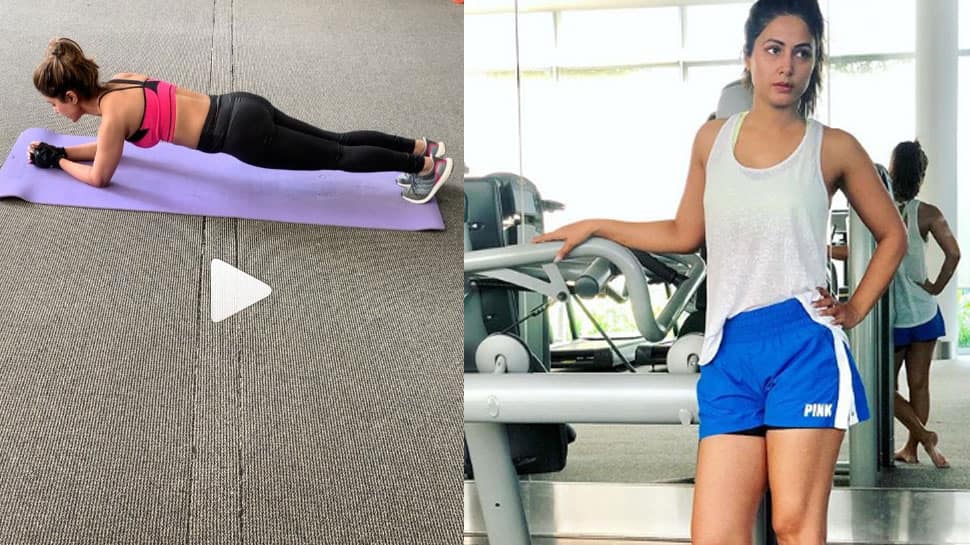 New Delhi: The beautiful and much-talented Hina Khan has an ocean of fans who are always there to support her. The popular television actress is an active social media user and often leaves us bewitched with her posts. Hina is known for her flawless dress sense and enthusiasm for fitness.

It is perhaps the result of her vigorous workout sessions, that the actress has a perfectly toned body.

Check out Hina's latest post, in which she is doing the 'plank-hold' workout. The actress shows the kind of determination we all need in our lives!

The caption of the video is, "If you think a minute goes by fast, well you have never done a plank before I do it for two mins though”Plank” One is the best exercises for core conditioning.. @vikky2121 #GymSwagger #FitGirlsAreTheHottest"

Hina is currently playing the role of Komolika in a popular show and people are loving her avatar.

On the personal front, Hina is dating Rocky Jaiswal and often shares pics and videos with him.