I am very inclusive of people: Kangana Ranaut

She said that amidst all challenges faced by the film the most difficult was preparing herself for the iconic role. 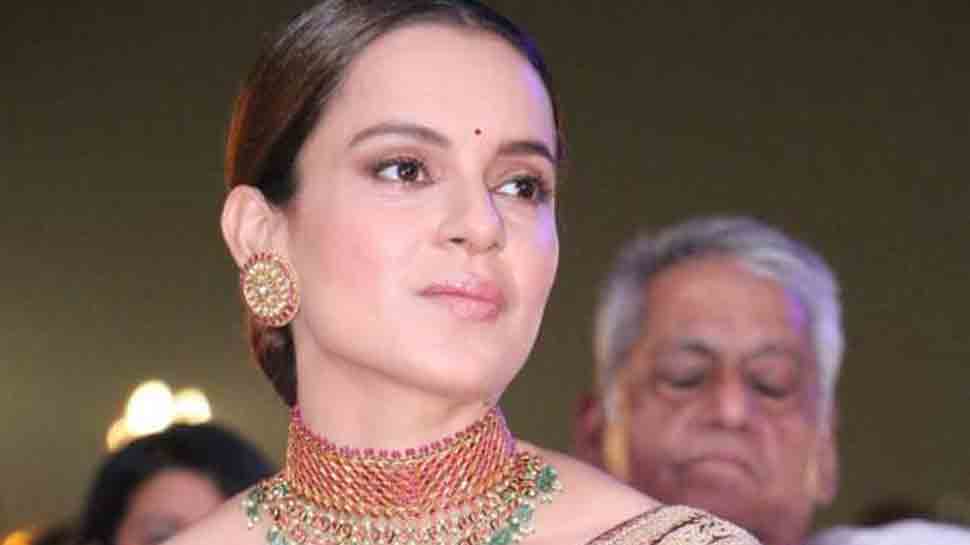 Kolkata: Kangana Ranaut, reigning warrior `Queen` of Bollywood, says she is very inclusive of people and doesn`t care about being judged.

"I don`t differentiate between people thinking that they will judge me. Am very inclusive of people and if you stay with me for half-an-hour, you will find me saying so many things that you will feel awkward, " Ranaut told the media on Friday here in Kolkata while visiting the city for Signature Master Class.

The National Award-winning star, who has created a stir with her latest release `Manikarnika: The Queen of Jhansi` said that amidst all challenges faced by the film the most difficult was preparing herself for the iconic role.

The name Rani Laxmibai exudes valour, fierceness and the mettle of a woman who led her army to fight against the British with her infant son tied to her back and died on the battlefield at a very tender age.

Ranaut, shone in the garb of the warrior queen, had to prepare a lot for the physical challenges, learning sword fighting and horse riding.

"This film can set new standards for women-centric films because so far such films were based on concepts but nothing that is very action oriented, " she said.

The versatile actor said the purpose of making biopics is to see the lives of such `inspirational characters, who cared for each other and lived for higher goals`. Today everything is very self-centred while the higher truth revolves around collective wellness.

"If you see this film you will become a better person as the film revolves around the higher truth, " she said.

Talking about the gender pay gap, Ranaut said: "Things are changing slowly. Initially the situation was worrisome, the imbalance is very severe, so nothing can happen overnight".

She had stepped into the shoes of a director along with Radha Krishna Jagarlamudi and found it to be quite interesting.

Sharing her journey with the audience, the actor with films like `Gangster`, `Fashion`, `Tanu Weds Manu` to her credit, said she cannot tolerate injustice and is very vocal about it.

Her upcoming projects are `Mental Hai Kya` and `Panga`.

Ranaut`s mantra to happiness is leading an unselfish life.

"A life lived for others is a joyful one rather than a selfish one. I would recommend doing small things like doing seva in a gurdwara or doing anything sort of service in any religious place," she added