An old picture of Ileana D'Cruz is doing the rounds on social media were due to heavy flashlights, her see-through dress played a spoilt sport.

New Delhi: Celebrities often find themselves at the receiving end of trolls or haters online. Sometimes, while getting papped, they also face faux pas. Looks like one such similar incident happened with actress Ileana D'Cruz.

An old picture of Ileana is doing the rounds on social media were due to heavy flashlights, her see-through dress played a spoilt sport. In the viral photo, Ileana D'Cruz is seen at an event when she faces an oops moment. 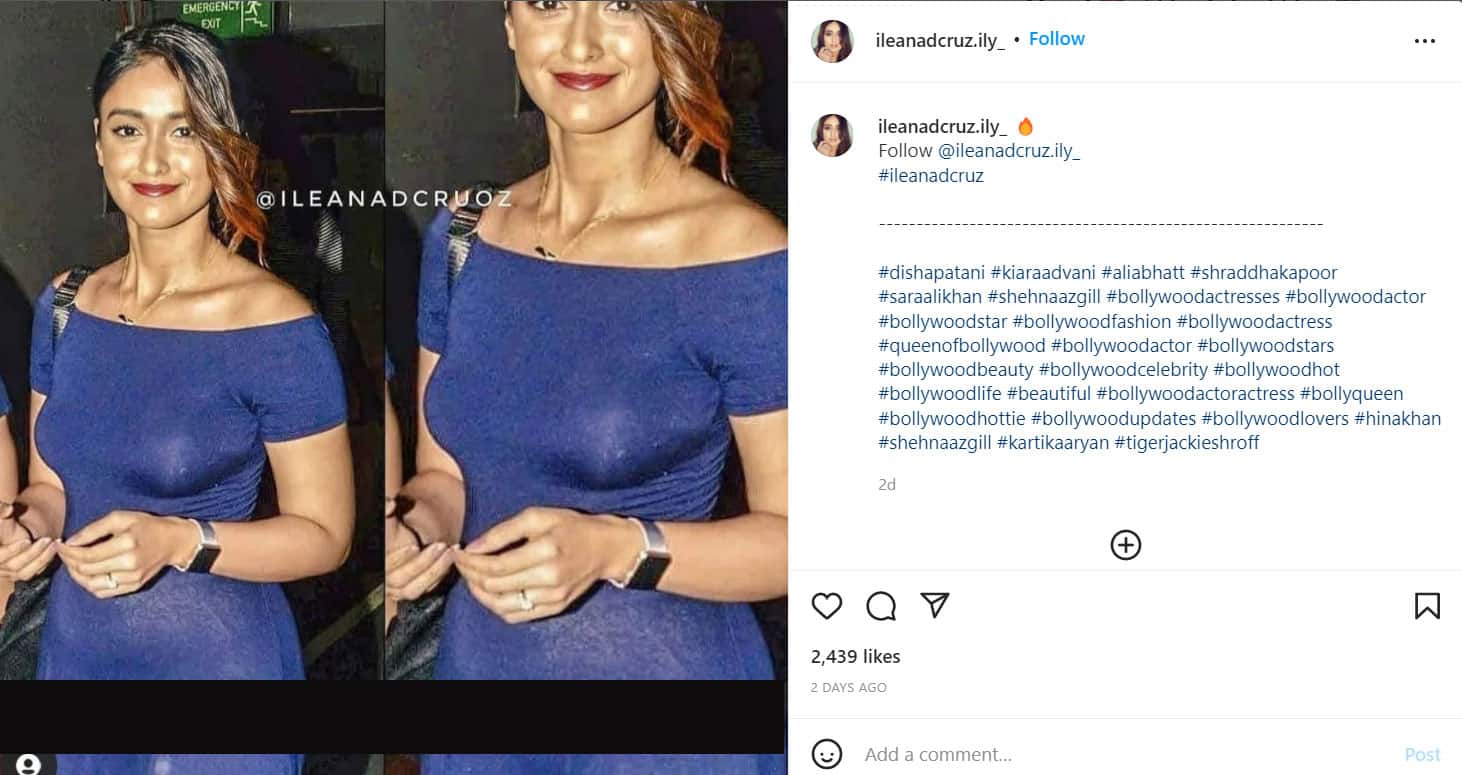 In the photo, the actress is wearing a body-hugging blue dress and smiling at cams. However, little does she know that her UGs are visible due to the reflection of the heavy light.

Well, this is a throwback photo that somehow has caught everyone's attention now.

Earlier, in one of her interviews with The Asian Age, Ileana had mentioned facing an oops moment when she went onto the stage to receive an award for Barfi along with the entire team, and her dress split open right at the back.

Also, she mentioned another event when at a book launch her dress tore right near the butt.

Meanwhile, Ileana is an avid social media user and updates her fans regularly with fresh posts.