In Pics: How Sara Ali Khan celebrated her birthday in Thailand with Varun Dhawan, mom Amrita Singh and team 'Coolie No. 1'

While Kartik Aaryan especially flew down to Bangkok to ring in Sara Ali Khan's birthday, team 'Coolie No. 1' celebrated her day on the sets of the film. Pictures from her on-set birthday were shared by actor-producer Jackky Bhagnani. 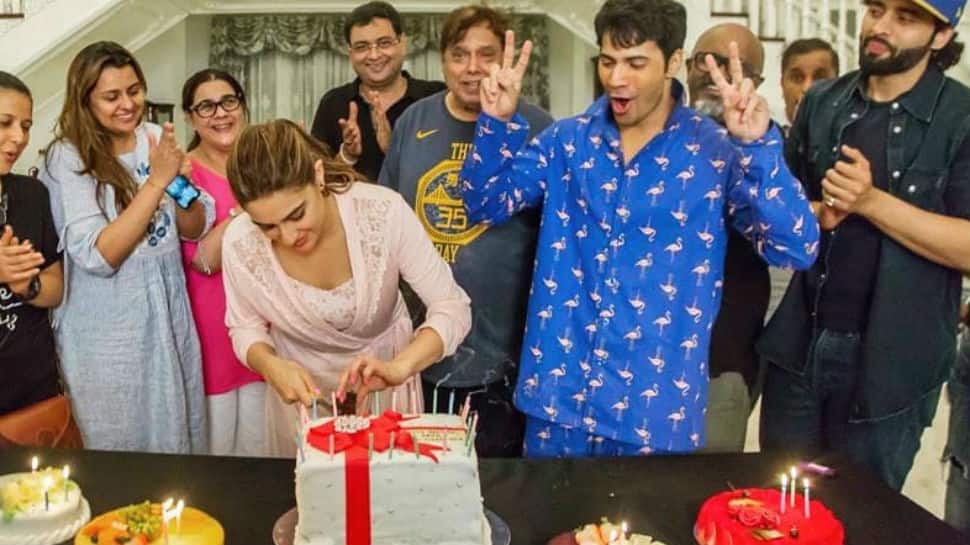 While Kartik especially flew down to Bangkok to ring in Sara's birthday, team 'Coolie No. 1' celebrated her day on the sets of the film. Pictures from her on-set birthday were shared by actor-producer Jackky Bhagnani and it features Sara surrounded by Amrita, Varun, director David Dhawan and others and five cakes.

Here are the pictures from the party.

Meanwhile, Kartik shared a loved-up picture with Sara to wish her on her birthday. "Happy Birthday, princess Sara Ali Khan. And Eid Mubarak (this time without the mask)," read his caption, alluding to the picture he posted with Sara on Eid, which had their faces covered.

Sara and Kartik are all set to romance in Imtiaz Ali's upcoming film 'Aaj Kal', currently in the pre-production stage.

'Coolie No. 1' stars Sara and Varun in the remake of Govinda and Karisma Kapoor's 1995 hit of the same name.

The first look from the film was shared on Sara's birthday on Monday.

Sara is Amrita Singh's daughter with ex-husband Saif Ali Khan. She debuted in the film industry with 'Kedarnath' and was later seen in 'Simmba'.

'Coolie No. 1' is scheduled to hit the screens in May 2020 while 'Aaj Kal' releases on Valentines Day.