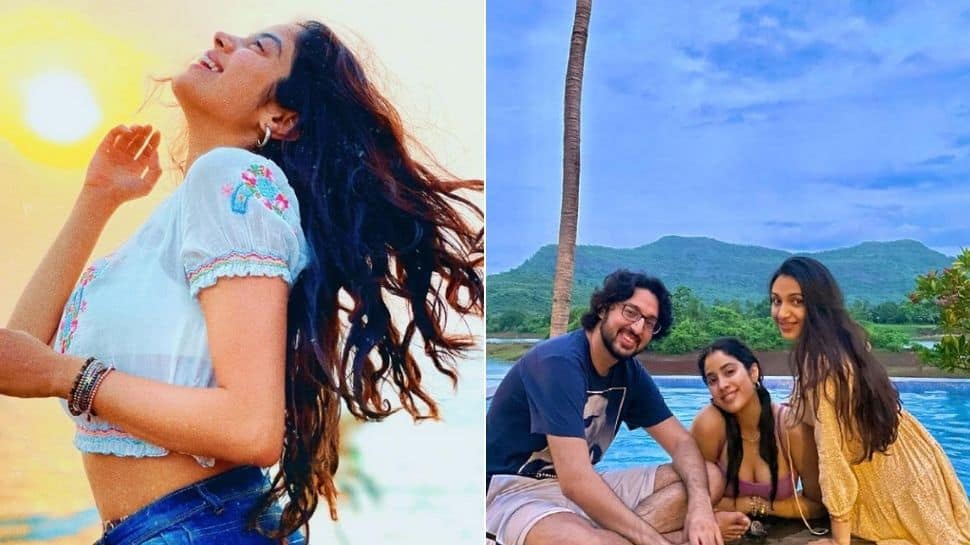 New Delhi: Bollywood star kid Janhvi Kapoor seems to be missing her glorious beach vacations as recently, she shared a few breathtaking throwback pictures from her majestic vacations with her buddies. On Thursday, the actress took to Instagram to share a series of tropical-themed photos to share her nostalgia with fans. In the pictures, Janhvi is seen in chic, bohemian outfits having the time of her life with her closest friends around. If she could, we bet she would rewind time to those sweet moments.

She captioned the post saying, "wildflower wildfire" which truly resonated with the sunshine-filled beach days the actress enjoyed during her vacay.

Check out her vacation photo album:

Bollywood actress Janhvi Kapoor is quite active on social media and has been keeping us entertained all throughout the pandemic with her stunning social media posts whether that may be dance videos or pictures from her photoshoots.

She is the daughter of late legendary actress Sridevi and Bollywood producer Boney Kapoor.

On the work front, Janhvi was last seen in horror-comedy 'Roohi'. The film starred Rajkummar Rao and Varun Sharma. The film received a warm reception from one and sundry. Also, her peppy dance number 'Nadiyon Paar' became an instant hit with the masses. She will next be seen in 'Good Luck Jerry', 'Takht' and 'Bombay Girl'.