Adorable pictures of Taimur and Kainaat's playdate have been shared by Rannvijay's wife Prianka. 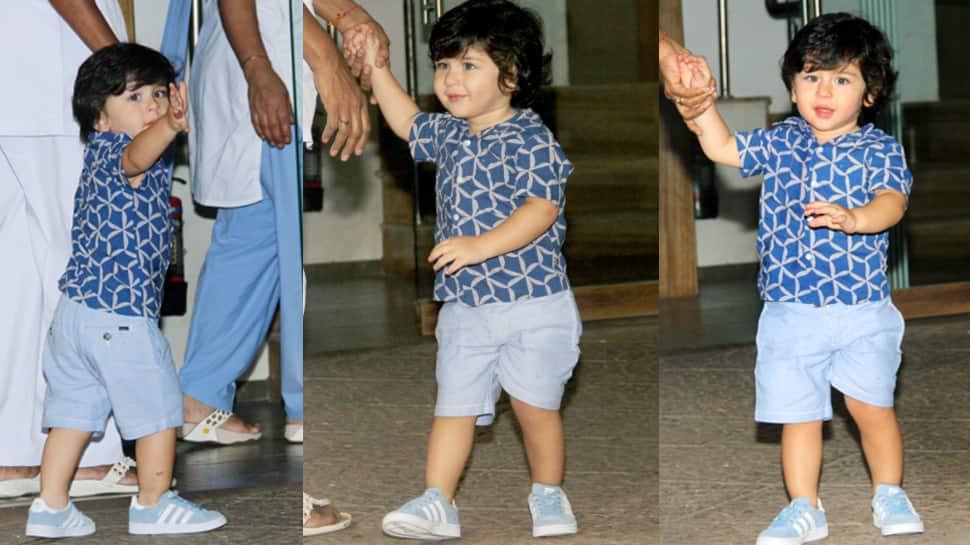 New Delhi: As Kareena Kapoor and Saif Ali Khan are busy with shooting for their respective films in London, their little son Taimur hung out with TV host-actor Rannvijay Singha's daughter Kainaat in London.

Adorable pictures of Taimur and Kainaat's playdate have been shared by Rannvijay's wife Prianka. The little munchkins had fun near a children's pool and their cuteness-overloaded pictures will surely lift up your mood.

“The pool temperature is just about good enough, Tim!" Prianka captioned a picture of the duo together. 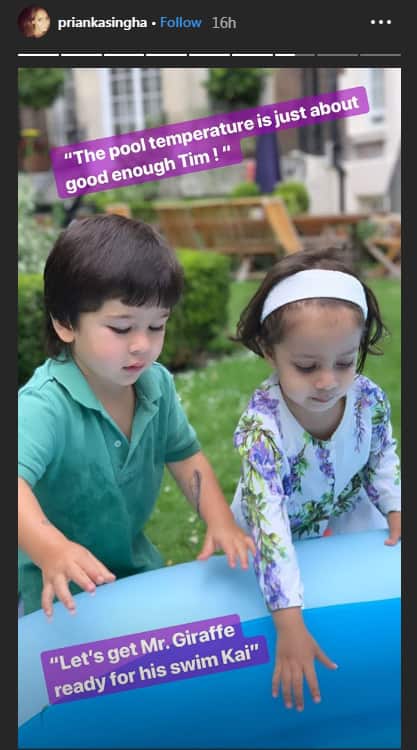 For a picture of Taimur holding a giraffe-shaped toy, she wrote captions, “Let’s get Mr Giraffe ready for his swim, Kai." Tim and Kai are the nicknames used by Prianka for Taimur and Kainaat. 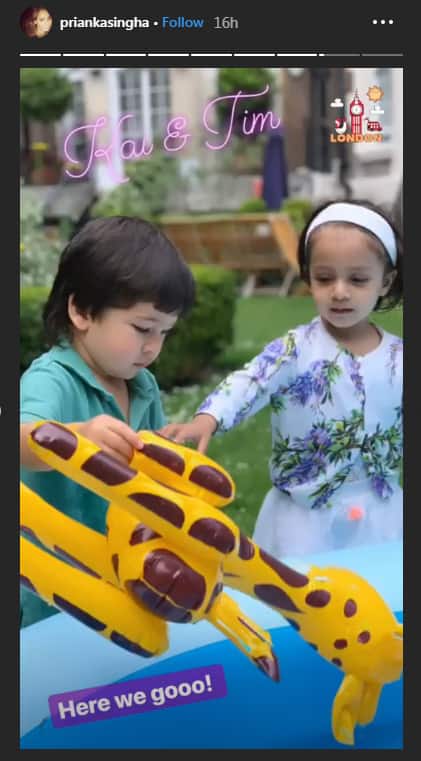 Kareena and Saif are filming 'Angrezi Medium' and 'Jawaani Jaaneman', respectively, in London.

'Angrezi Medium' is Kareena's film with Irrfan Khan and she started shooting for the project over the weekend. Kareena plays a cop in it and her look from the film was revealed recently. 'Angrezi Medium' is a sequel to Irrfan's 2017 hit film of the same name, which starred Pakistani actress Saba Qamar opposite the actor.

Meanwhile,  'Jawaani Jaaneman', which is also co-produced by Saif, is his film debutante Alaia Furniturewalla, daughter of actress Pooja Bedi. Alaia will be seen playing the role of Saif's daughter. Directed by Nitin Kakkar, 'Jawaani Jaaneman' is a romantic comedy-drama, which also features Tabu.