Bollywood actor Saif Ali Khan's has an infectious sense of humour and nobody in Bollywood can match up with that. Recently, when he was asked about his wife Kareena Kapoor, the actor proved with his answer that he is indeed blessed with the gift of gab. 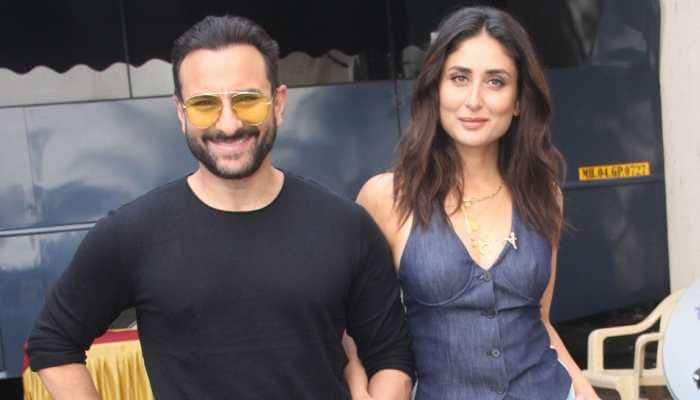 New Delhi: Bollywood actor Saif Ali Khan's has an infectious sense of humour and nobody in Bollywood can match up with that. Recently, when he was asked about his wife Kareena Kapoor, the actor proved with his answer that he is indeed blessed with the gift of gab.

In an interview, when film journalist Rajeev Masand asked him if he ever felt jealous of his Kareena's success when his films didn't perform well at the Box Office, the actor gave the wittiest answer ever.

“No, no, no. I mean I think we’re far too realistic for that kind of thing. One understands that but no we aren’t as chauvinist...you know things change, things go up and down and things happen. At one point in time somebody is more successful than the other and the other time both people are having a great time. But I have never measured life in those terms. In fact, the success of my life has got nothing to do with box office. It’s to do precisely what’s happening at home,” Saif told Rajeev.

“I imagine there might be pressure if you are not working and if your are not contributing and if you kind of just, you know, lazing around, being jobless. I mean that would be I can imagine a little embarrassing and a little irritating to the partner as well. But any good thing if you’re doing better than me...I mean I do live with such a glamourous and successful movie star and it never, never...maybe it’s her greatness as a person that it never really feels like a competition, which of course it isn’t. And maybe I can say that she is a bit younger so.... (laughs) I don’t know whatever games we play to feel better. But yeah, I don’t compete or feel bad about that, ever,” he added.

Saif and Kareena tied the knot in 2012 and have a son Taimur. They have shared screen space in films like Agent Vinod, Omkara, LOC Kargil, Tashan.