Is Tiger Shroff engaged to Disha Patani? Check out their cryptic posts on Valentine's Day

Tiger and Disha have been rumoured to be dating each other for the longest time.

New Delhi: Actors Tiger Shroff and Disha Patani, who have been rumoured to be dating each other for years, on Thursday dropped a major hint about them being engaged to each other. The 'Baaghi' co-stars shared matching Instagram posts that have to speculations that the rumoured couple has decided to take their relationship, a step ahead.

Tiger posted a picture of himself on Instagram where he is seen kissing a ring on his finger, which he wore on his index finger. He captioned the picture saying, "Turns out I'm taken." 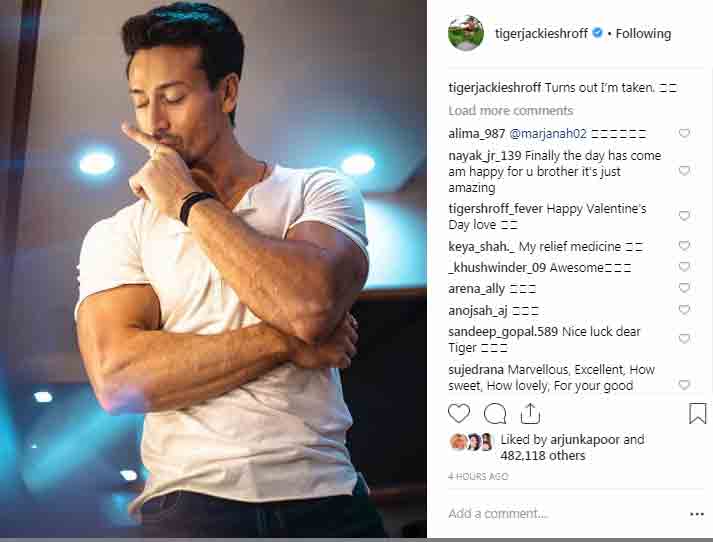 And his post was soon followed by Disha, who shared a similar picture on her Instagram, where she is seen kissing a ring on her index finger, writing, "Someone popped the question, and I said yes." 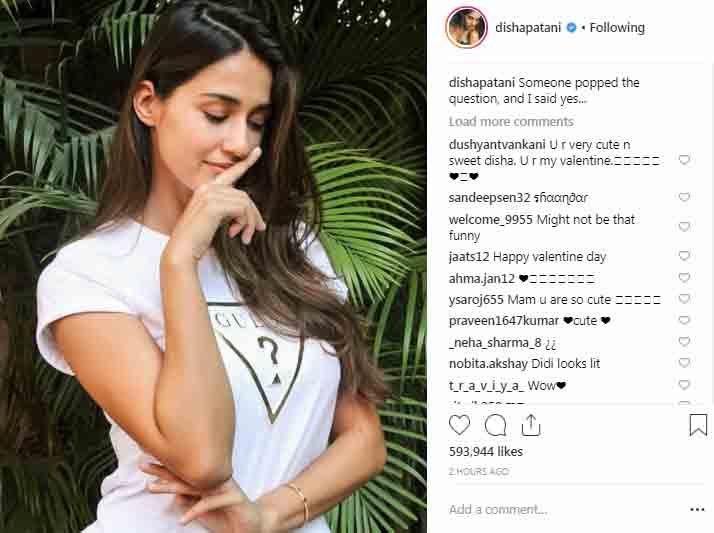 Well, the duo couldn't have opted for a better day than Valentine's Day to make public their relationship.

While their fans can't be more happy for them and have started pouring wishes on their posts, it is to be noted that both Disha and Tiger are wearing their ring on their index finger, and not on the ring finger.

Well, we just hope that all the assumptions about their engagement come out true and it doesn't turn out to be a promotional activity.

Disha and Tiger are often spotted hanging out with each other. In fact, the duo even features on each other's Instagrams. Disha is also known to share a good rapport with Tiger's sister Krishna and his mother Ayesha Shroff. Pictures from their vacations also set the rumour mills churning also.

On the work front, Tiger will next be seen in Karan Johar's 'Student Of The Year 2' whereas Disha will be seen in 'Bharat'.