Actress Janhvi Kapoor, who has been shooting for her upcoming film 'Kargil Girl', on Tuesday morning shared a heartwarming post wishing her late mother Sridevi on her 56th birthday. Janhvi took to Instagram to share a throwback picture of the legendary actress, writing, "Happy Birthday Mumma. I love you." 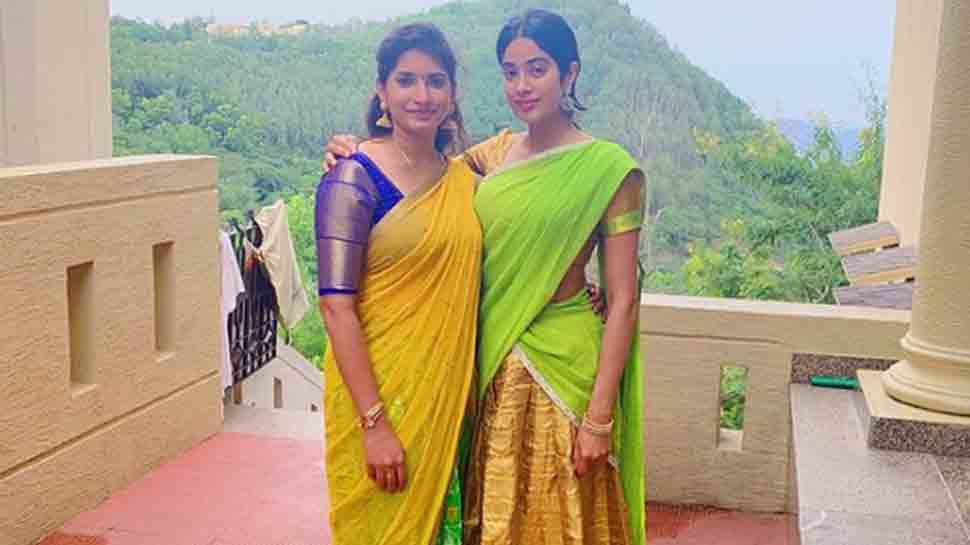 New Delhi: Actress Janhvi Kapoor, who has been shooting for her upcoming film 'Kargil Girl', on Tuesday morning shared a heartwarming post wishing her late mother Sridevi on her 56th birthday. Janhvi took to Instagram to share a throwback picture of the legendary actress, writing, "Happy Birthday Mumma. I love you."

A while ago, Janhvi dropped another picture on Instagram where she is dressed in an ethnic wear and is seen posing along with a relative as she visited the famous Tirumala Tirupati temple in Andhra Pradesh to offer her prayers and seek the deity's blessings. The young actor was wearing a traditional south Indian lehenga saree. She accessorised her look with golden earrings, bangles and a bindi.

And while Janhvi shared no details of her visit to the Tirumala temple on her photo, the fan clubs were quick to share videos of the actress praying at the temple. Take a look:

Sridevi's filmmaker husband Boney Kapoor wrote, "Happy Birthday, jaan, missing you every minute of my life, keep on guiding us, you will remain with us till eternity."

Her former co-star and brother-in-law Anil Kapoor also took to social media to pen an emotional post on her birth anniversary, writing, "Today is a bittersweet day as we celebrate you on what would have been your 56th birthday...We feel the sadness of your loss deeply, but remembering your smile and the joy you brought to all our lives unites us in your memory...We miss you everyday Sridevi."

On the work front, Janhvi has wrapped up shooting of 'Kargil Girl' where she will be seen sharing screen space with Angad Bedi and Pankaj Tripathi. The film is directed by Sharan Sharma and produced by Karan Johar under his banner of Dharma Productions. It is based on the life of Gunjan Saxena, an Indian Air Force Pilot and will also feature actors like Neena Gupta, Vijay Varma, Rajat Barmecha and Manu Rishi among others.

Janhvi will also be seen in 'RoohiAfza' in which she co-stars with Rajkummar Rao. She has also bagged Karan Johar's period-drama 'Takht' which has an ensemble cast of Ranveer Singh, Vicky Kaushal, Kareena Kapoor, Alia Bhatt, Bhumi Pednekar and Anil Kapoor.