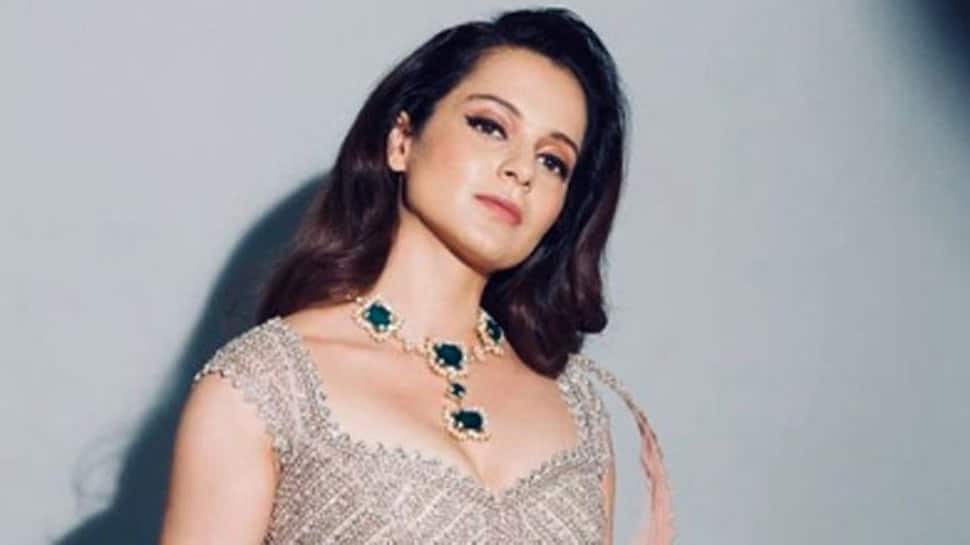 New Delhi: Bollywood actress Kangana Ranaut's name has now become synonymous with controversies -- all thanks to her social media posts. A few days back, the actress shared her thoughts on the ongoing Israel-Palestine conflict. However, her posts hurt netizens and she was massively trolled. Now, she has hit back with yet another eyebrow-raising social media post.

Kangana Ranaut shut her haters with a series of new Instagram stories, defending her Israel-Palestine conflict post. She even wrote: "As you can see the video clearly shows how Israel was formed, no it is not an illegitimate nation they earned it back from the British and when they settled the land with UN interference 6 Muslim nations attacked them, since then with every attack on them they are seizing more and more land...because that's what happens when you win a war... All those crying here and telling me I know nothing.. beta I am the mother of all fathers..aukat mai reh kar baat karna aage se." 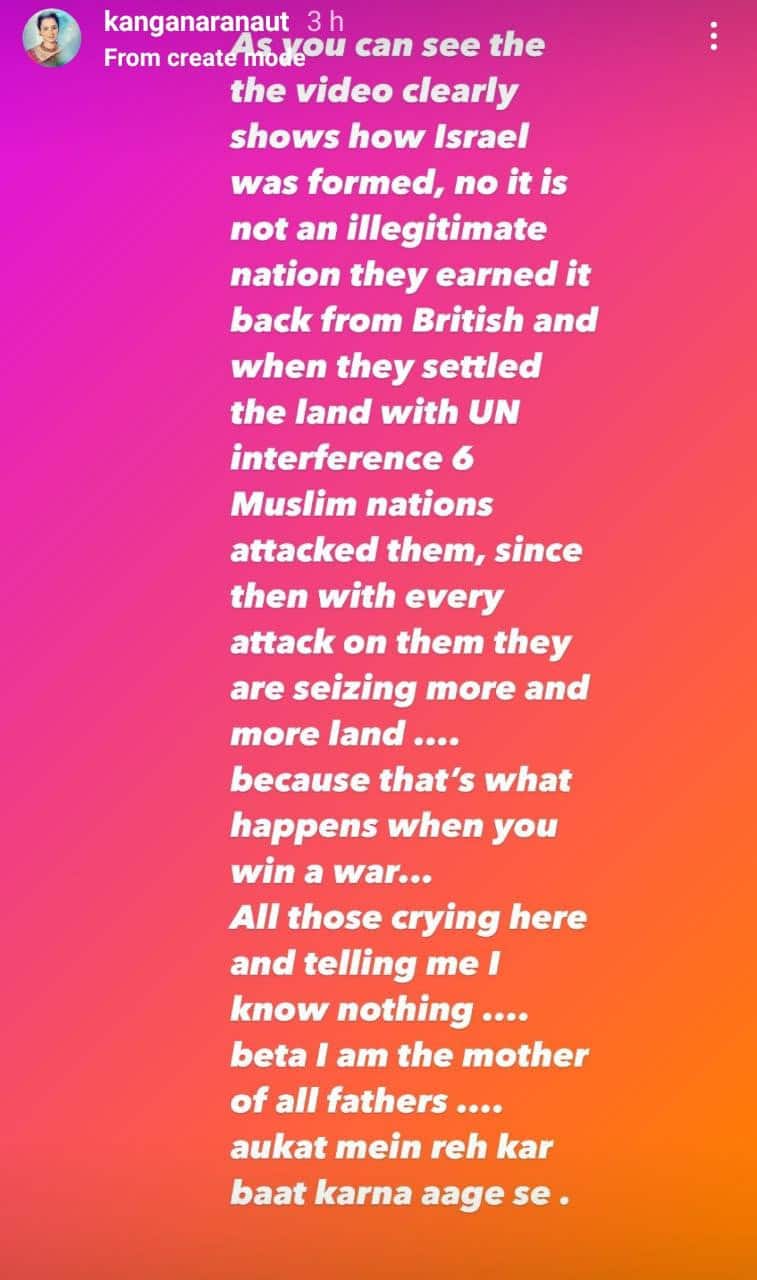 For the unversed, commenting on the ongoing Israel-Palestine crisis, the actress put up a few Insta stories, praising Israel's military attack on Gaza and this has hurt several internet users. After her posts went viral, Kangana Ranaut started trending on Twitter and netizens demanded her ban from Instagram. 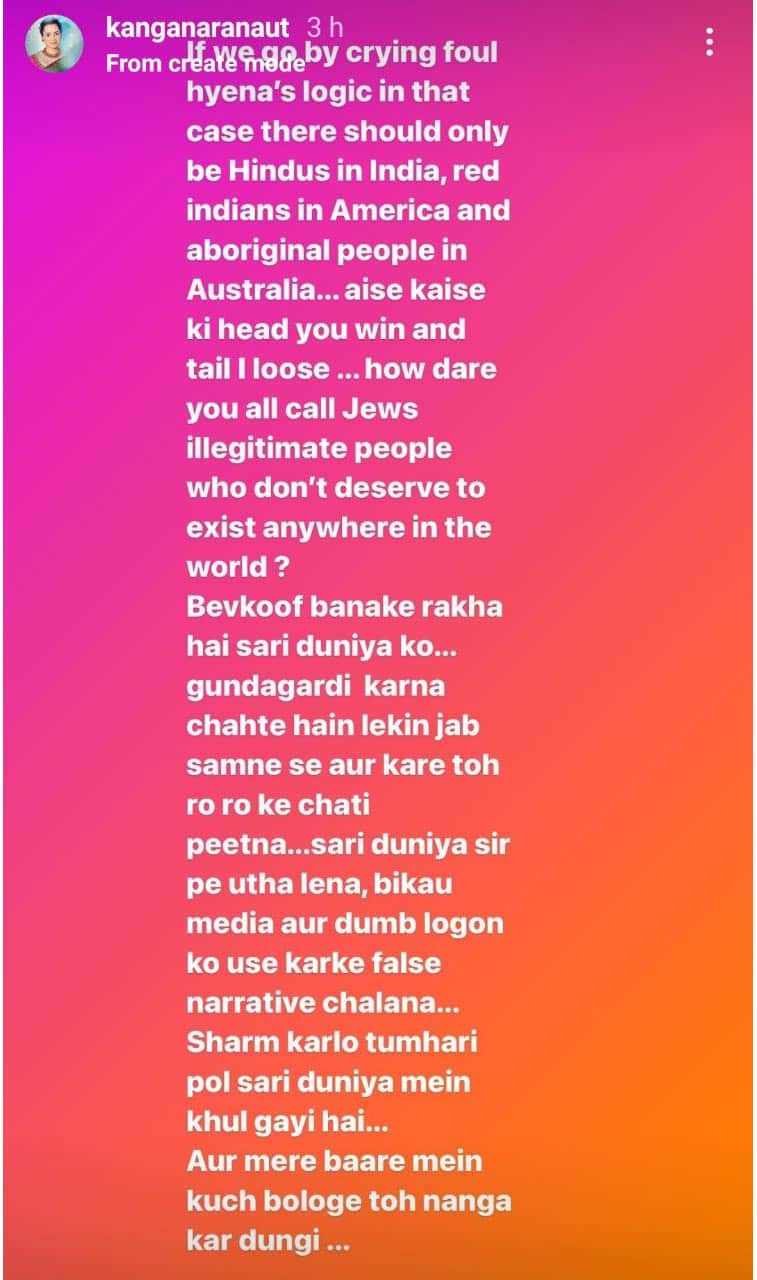 The current eruption of violence began a month ago in Jerusalem, where the threatened eviction of dozens of Palestinian families by Jewish settlers ignited protests and clashes with police. A focal point was the Al-Aqsa Mosque, built on a hilltop compound that is revered by Jews and Muslims, where police fired tear gas and stun grenades at protesters who threw chairs and stones at them.

Hamas, claiming to be defending Jerusalem, launched a barrage of rockets at the city late Monday, setting off days of fighting, according to PTI.

Israel and Hamas have fought three wars since the Islamic militant group seized power in Gaza from rival Palestinian forces in 2007.