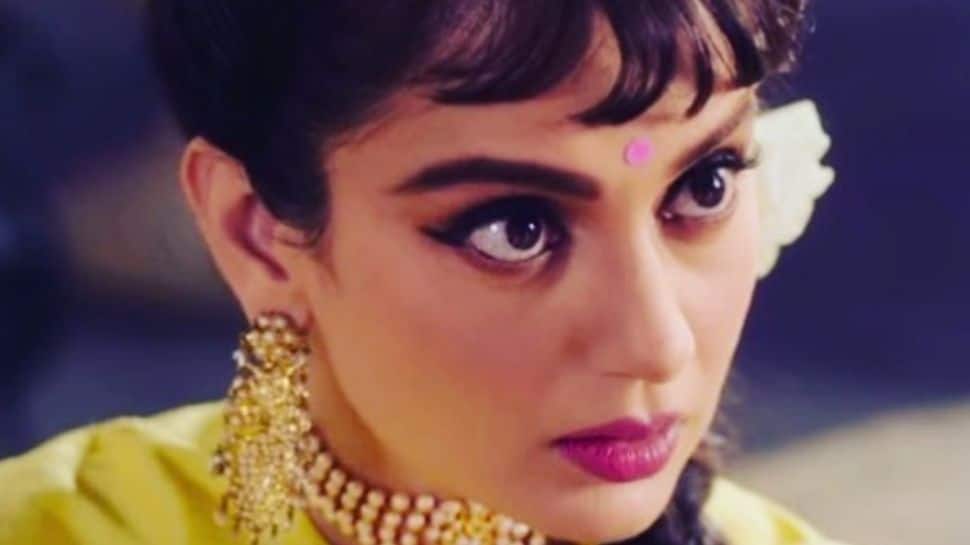 New Delhi: Actress Kangana Ranaut has been enjoying the roaring success she got for her Jayalalitha biopic 'Thalaivii'. She has often reshared positive reviews of the A. L. Vijay film which was released in Hindi, Tamil and Telugu.

On Monday, she shared a screenshot showing 'Thalaivii' to be on the top 10 list on Netflix Pakistan. Commenting on the same, she wrote, "Art has no barriers, love from India."

Take a look at her story: 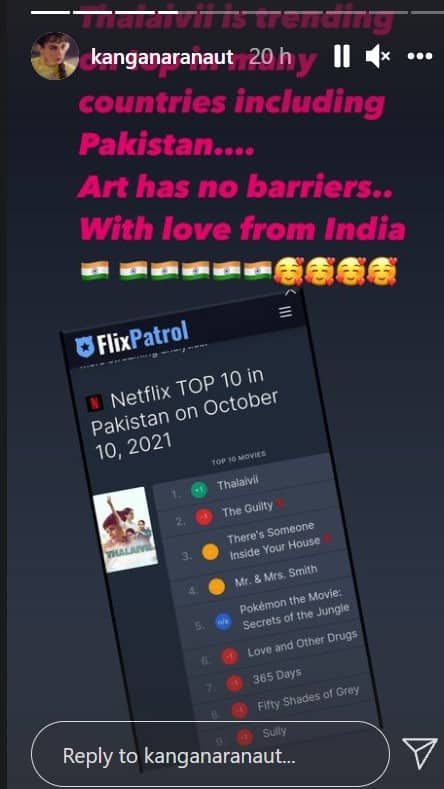 The actress also tried to have a little fun and made a comment on deshdrohis in Pakistan. She said, "On a lighter note jaan ke tasalli hue deshadrohi sirf isi desh me nahi hain (I feel relieved to know that traitors are not just present in our country)." 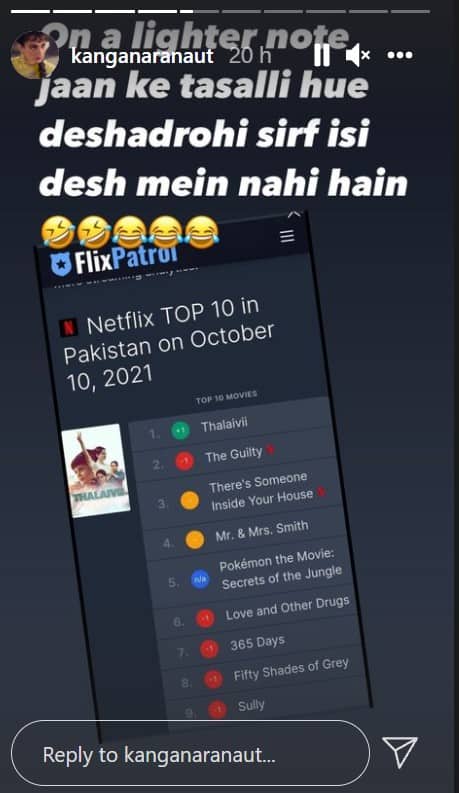 Kangana-starrer Thalaivii, which had a short theatrical window as the film was made available on OTT platforms only days later, got only limited screens at multiplexes.

The film had garnered immense praise and appreciation from both critics and the audience. She will next be seen in 'Tejas' and 'Dhaakad'. Kangana has also been roped in for 'The Incarnation - Sita'.

Apart from these, she is also working with Nawazuddin Siddiqui on 'Tiku Weds Sheru'.