Kangana was clicked with her parents, sister Rangoli and her nephew Prithvi Raj, whom she is very fond of. 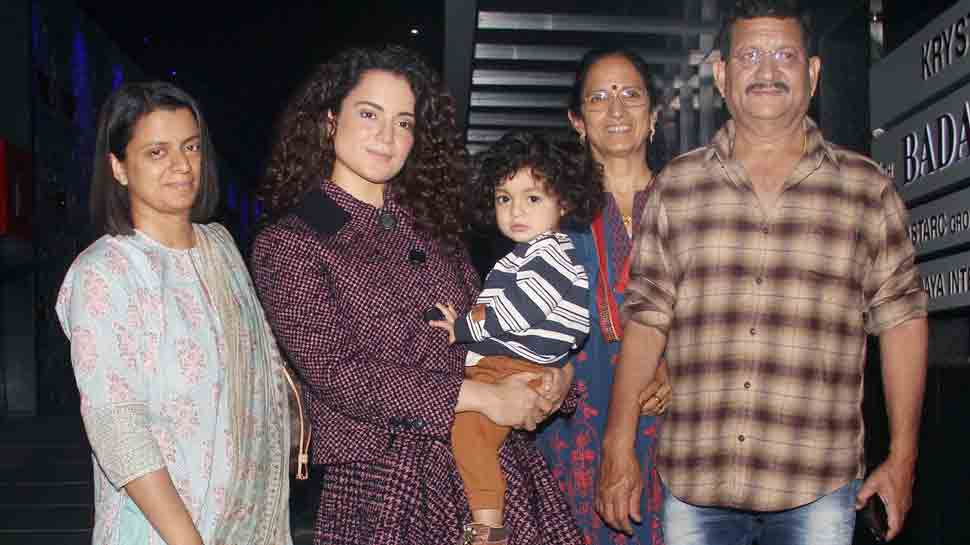 New Delhi: Actress Kangana Ranaut is on a roll after the massive success of her latest release 'Manikarnika: The Queen Of Jhansi'. Kangana, who has already established herself as a talented actor, this time proved to her contemporaries that she comes with impeccable talent.

Her period-drama 'Manikarnika: The Queen Of Jhansi' has been declared as a hit as it has grossed Rs 115 crore worldwide.

In the meantime, the actress, who had an extensively busy calendar in 2018, is now making the most of her free time. On Wednesday, the three times national-award winner was spotted on a dinner outing with her family at a popular restaurant in Bandra. 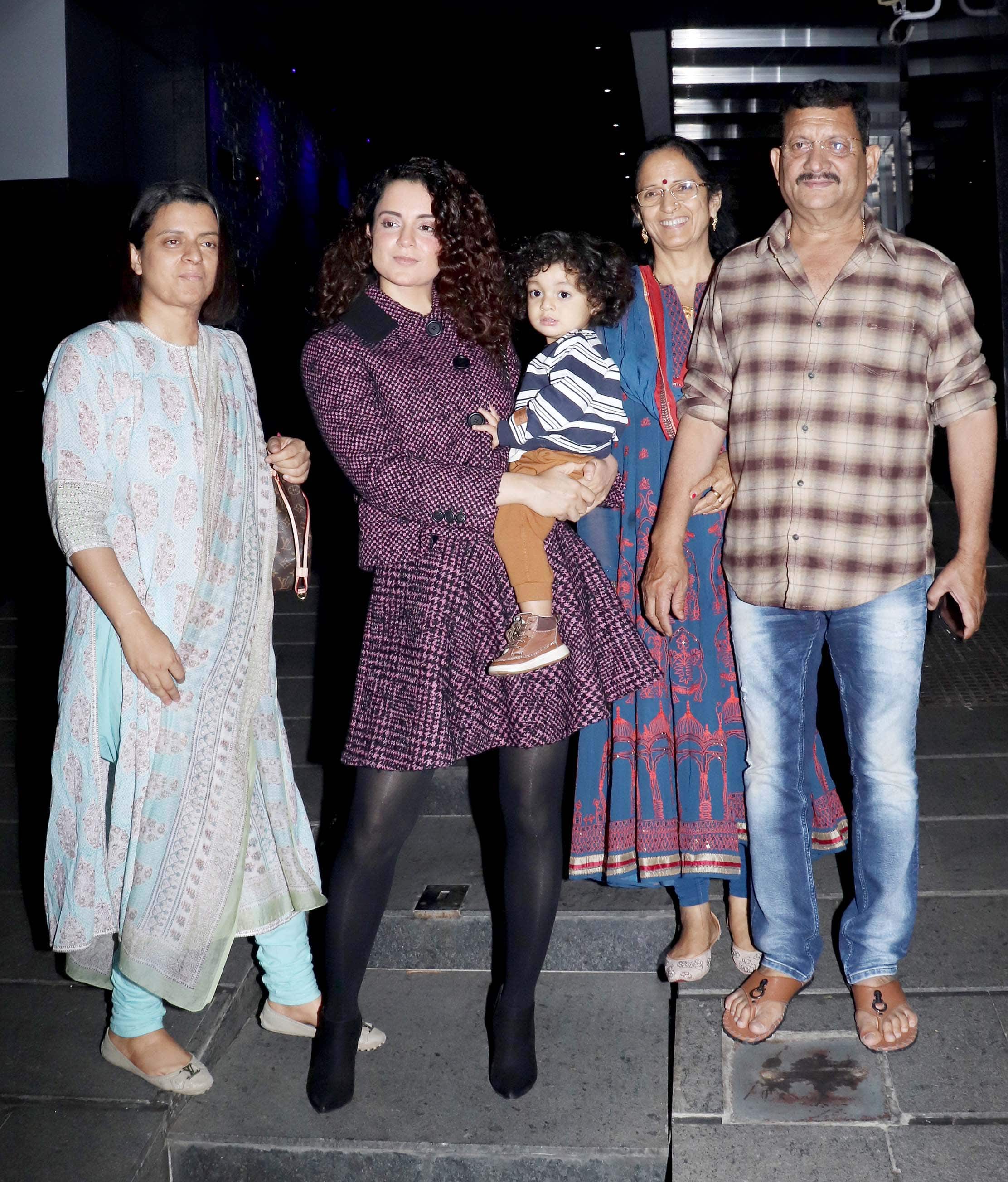 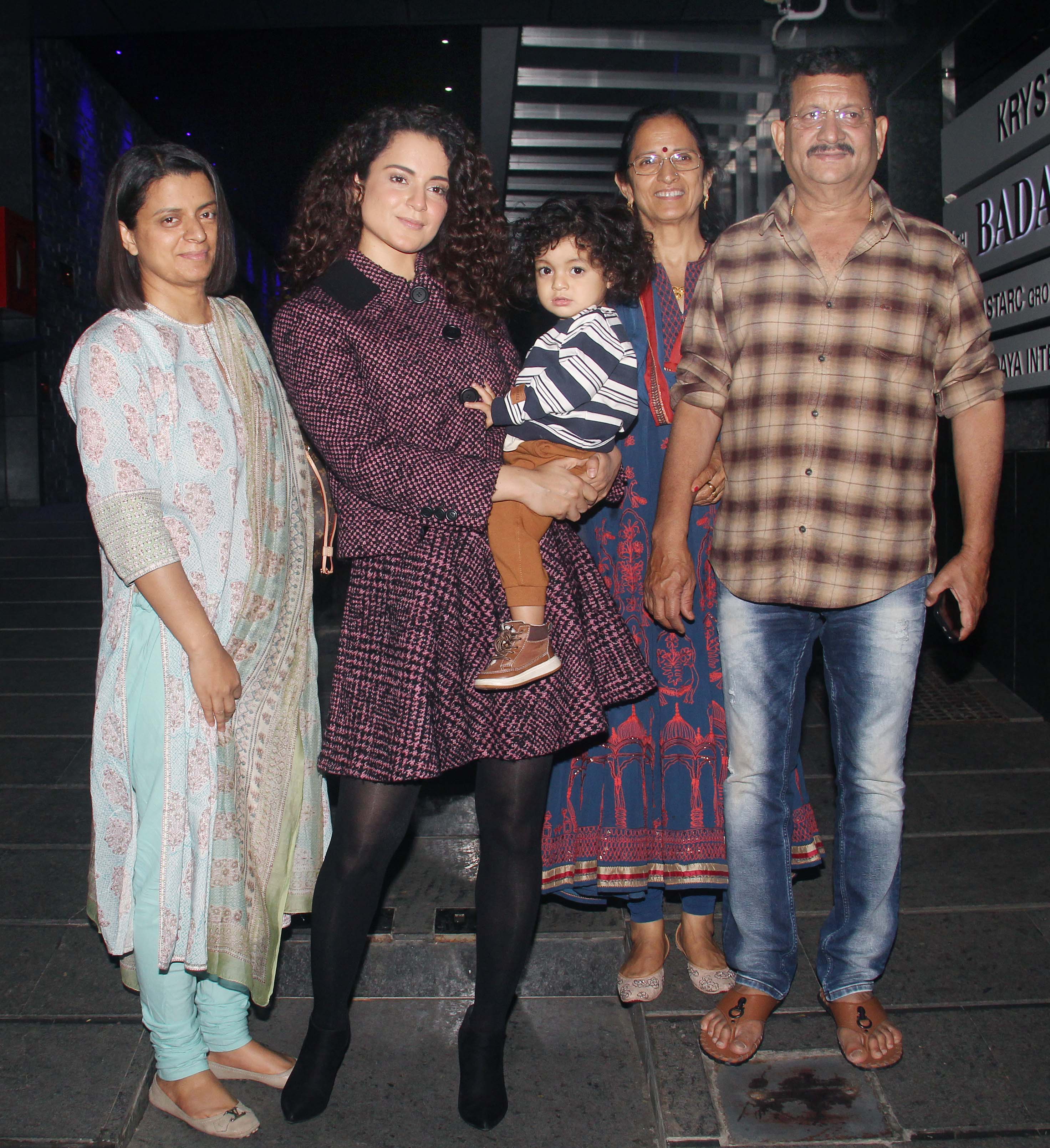 On the work front, the actress has black comedy-thriller 'Mental Hai Kya' which is slated for release on March 29, 2019. She also has Ashwiny Iyer Tiwari's 'Panga' where she will be essaying the role of national-level kabaddi player. The film will also feature Punjabi heartthrob Jassie Gill.

Govt interference in world of art makes it tough for artistes to take stand: Amol Palekar