Popular TV actor Karan Patel and Ankita Bhargava were blessed with a baby girl on December 14. Karan took to social media to announce the arrival of his daughter. 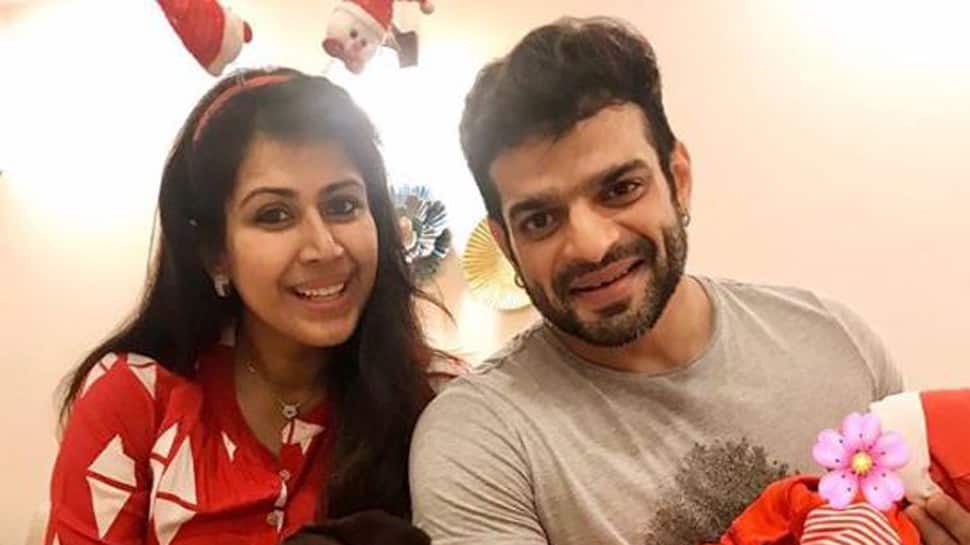 New Delhi: Popular TV actor Karan Patel and Ankita Bhargava were blessed with a baby girl on December 14. Karan took to social media to announce the arrival of his daughter.

Revealing the name of his daughter, Karan shared a picture on Instagram and wrote, "
All your blessings made our world beautiful, a heartfelt thankyou to all our well wishers .... #RabbDiMehr."

On Christmas, Karan shared the first picture of his baby daughter Mehr. He captioned the picture, "MERRY CHRISTMAS #RabDiMehr."

Ankita also shared the picture and wrote, "This is the Merriest Christmas Everrrrr !!!"

The duo had an arranged marriage on May 3, 2015. It is believed that Karan's co-star Aly Goni from Yeh Hai Mohabattein played cupid between him and Ankita.

Karan started his journey in the television industry with Ekta Kapoor's popular TV show Kahaani Ghar Ghar and went on to work in shows like Kasam Se and reality show Nach Baliye. He grabbed headlines when he went inside the Bigg Boss 11 house and took a dig at contestant Hina Khan.

Ankita Bhargava, on the other hand, is known for her performances in shows like 'Dekha Ek Khwab' and Reporters. Both her parents are famous actors in the TV industry. Incidentally, Ankita's father Abhay Bhargava played Karan's Father-in-law in Yeh Hai Mohabbatein.