Kartik Aaryan opens up about Sara Ali Khan, says 'she has heart of gold, would love to work with her again and again'

The 'Sonu Ke Titu Ki Sweety' star opened up about working with Sara and said he thoroughly enjoyed it. 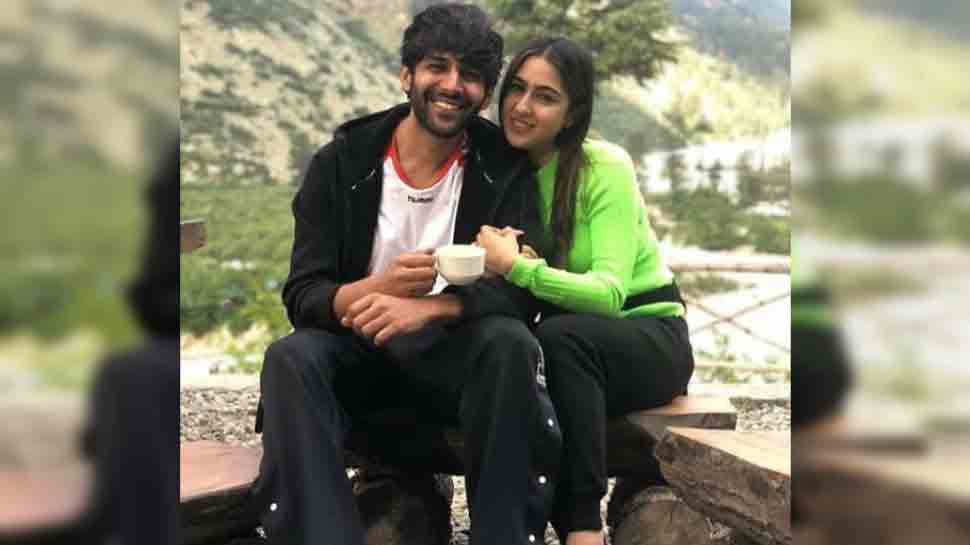 New Delhi: Sara Ali Khan and Kartik Aaryan are currently one of the most talked celebrities from the tinsel town. Reports of them dating each other have been going on for a while now and it would not be wrong to say that duo has been completely obsessed with each other of late.

Their fans have already declared them to be a couple and these actors don't mind going by it. They have been spotted dropping off each other to airports to holding hands in public and going out on dinner dates, thus adding extra fodder to gossip mills.

Sara and Kartik two have managed to stay in the limelight for the last few months. We have seen how Sara once openly admitted to having a crush on Kartik and expressed her wish to go on a coffee date with him, this time Kartik came out and spoke fondly of his new BFF.

Sara's confession about having a crush on Kartik on Karan Johar's show 'Koffee With Karan' led her to become the talk of the town. She was bombarded with questions on the subject soon after and Bollywood livewire Ranveer Singh played the cupid by introducing the two to each other at an event.

Soon, Sara and Kartik became fan favourites even before they were roped in as lead actors in Imtiaz Ali's next directorial 'Aaj Kal'. Several photos of the duo hanging out started making rounds on the internet. In fact, during the Shimla schedule of the film, the duo got to spend a lot of time together and their pictures from the sets broke the internet.

Last week, Sara was spotted in Lucknow where she had gone to spend time with her rumoured lover, who had been shooting in the 'nawaabon ka shahar' for his next film, 'Pati, Patni Aur Woh' remake, also starring Ananya Pandey and Bhumi Pednekar.

Only recently, Sara turned showstopper at a recent fashion week in the national capital and while she managed to make a stunning appearance, the camaradie between Kartik and Ibrahim Ali at the event also hogged attention. Kartik and Ibrahim were on the sidelines and were seen cheering for her.