Khushi Kapoor in a purple bikini is a sight for sore eyes! Check out her sunkissed pics 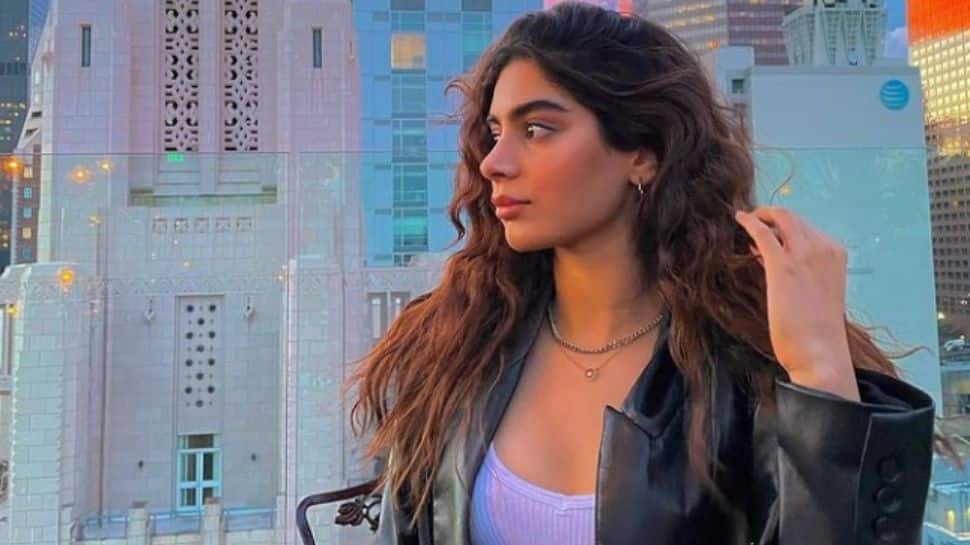 New Delhi: Late legendary superstar Sridevi and Bollywood producer Boney Kapoor's younger daughter Khushi Kapoor is quite popular on social media. Even though the star kid hasn't made her debut in Bollywood, she has amassed a huge fan following on Instagram.

Recently, the 20-year-old took to Instagram to share sunkissed pictures of herself in her garden, donning a purple bandeau bikini and stylish sunglasses. Khushi looks like an absolute diva in the pictures and exudes oomph as she poses with hands on her waist.

Check out her latest clicks:

Khushi Kapoor is the younger sister of Janhvi Kapoor, who made her Bollywood debut in 2018 with the Shashank Khaitan directorial 'Dhadhak'.

Janhvi was last seen in the Maddock Films-produced horror-comedy 'Roohi' co-starring Rajkummar Rao and Varun Sharma. She will next be seen in 'Good Luck Jerry', 'Dostana 2', 'Takht' and 'Bombay Girl'.