Janhvi Kapoor’s sister Khushi Kapoor, who is yet to make her place in Bollywood is already a prominent face on social media. 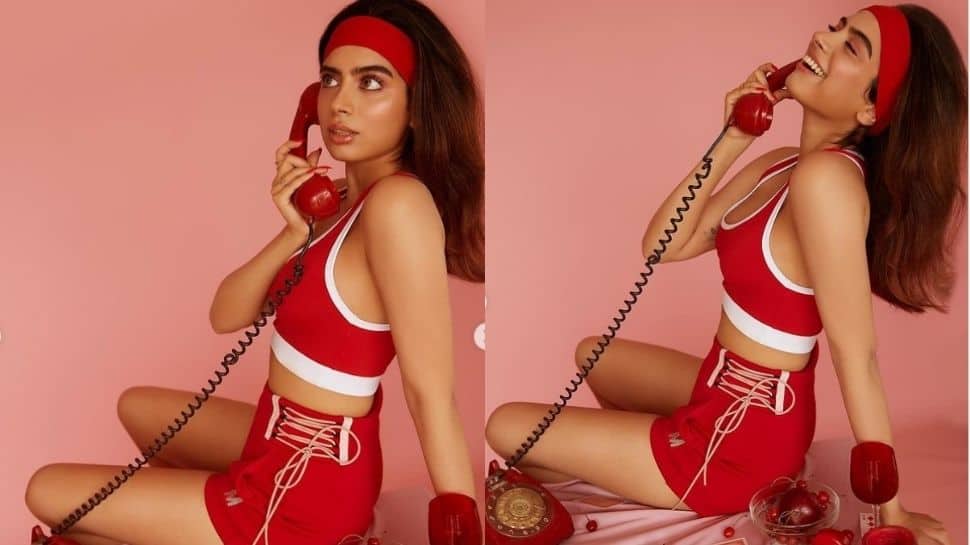 New Delhi: Janhvi Kapoor’s sister Khushi Kapoor, who is yet to make her place in Bollywood is already a prominent face on social media.

Khushi, who is often seen sharing jaw-dropping pictures of herself on her Instagram handle and has once again shared a fresh series of photos on her social media account, painting the town red.

In the recently published photoshoot, Khushi can be seen opting for a retro look with a vintage telephone, red wine glass with an apple and few cherries in the surrounding along with a set of weights placed around her.

In the pictures, Khushi can be seen dressed in a red sports bra along with shorts. She completed her retro look with a red headband and left her hair loose.

While her fans were drooling over her beauty, her BFFs showered with adorable comments including Navya Naveli Nanda and Aaliyah Kashyap. Her cousin Shanaya Kapoor also commented on the same. 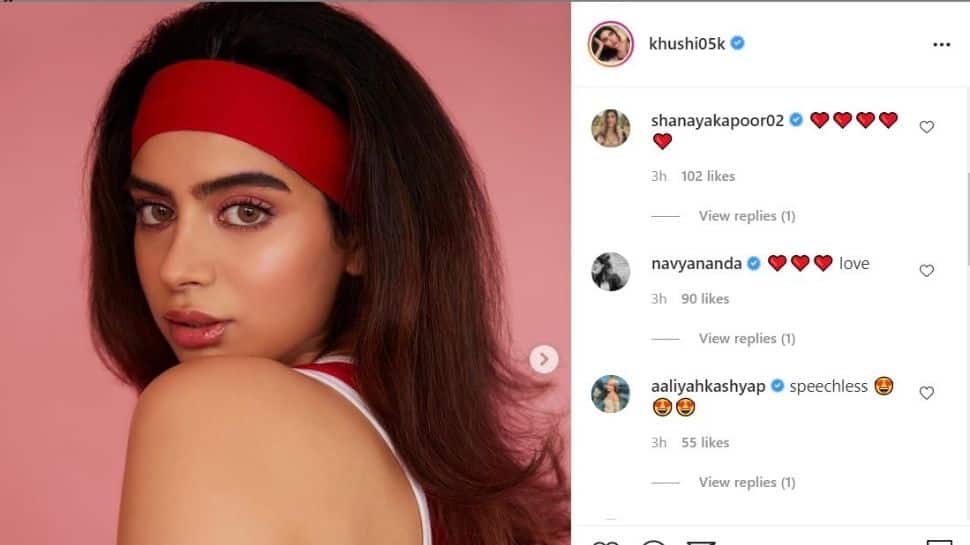 Khushi Kapoor is the daughter of producer Boney Kapoor and late legendary actor Sridevi. Her sister Janhvi is an actress, who has starred in films like 'Dhadak' and 'Roohi' to name a few.