Khushi Kapoor says THIS to fan who mistakes her for sister Janhvi Kapoor! - Watch

Recently, daughter of late legend Sridevi and Boney Kapoor, Khushi Kapoor had a run-in with a fan who mistook her for her sister and actress Janhvi Kapoor. 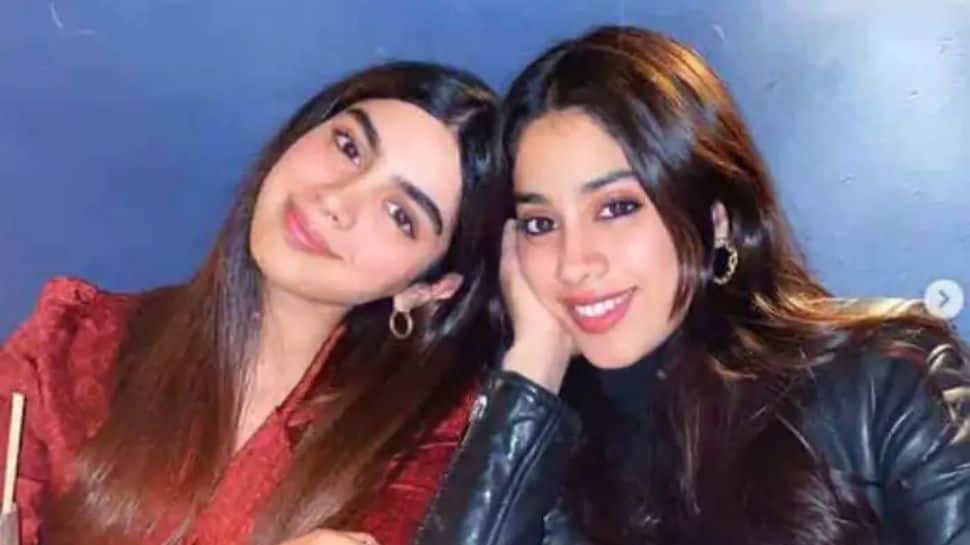 New Delhi: The daughter of late legend Sridevi and Boney Kapoor, Khushi Kapoor was recently spotted at the Mumbai airport in a stylishly casual outfit and was surrounded by paps and fellow fans when she emerged out of her car. As she walked towards the airport, a fan mistook her for her sister Janhvi Kapoor!

She was seen wearing a red plaid shirt with a white camisole top and grey pants. Khushi had tied up her luscious locks in a neat bun and donned a cute pink mask, keeping in mind the COVID guidelines.

When the fan called her Janhvi, she let out a slight smile and corrected him by saying, "I'm not Janhvi." A clip of the incident was shared by celebrity photographer Jasus007.

Khushi is quite popular among paparazzi and is often seen getting clicked by them. She is also quite popular on social media for her jaw-dropping photoshoots and has 544K followers on her Instagram handle.

While her sister Janhvi has made her starry debut in Bollywood and is working in plum projects, Khushi is yet to make her maiden move in showbiz.

On the work front, her sister Janhvi Kapoor will be next seen in Karan Johar’s production ‘Dostana 2’ and Aanand L Rai’s ‘Good Luck Jerry’.

The ‘Dhadak’ actress was last seen in horror-comedy ‘Roohi’ alongside Rajkummar Rao.

This is where I wanted to be: Kriti Sanon on many films lined-up