Kris has asked Chyna to submit the conversation that happened between her and the TV personality's son Rob. 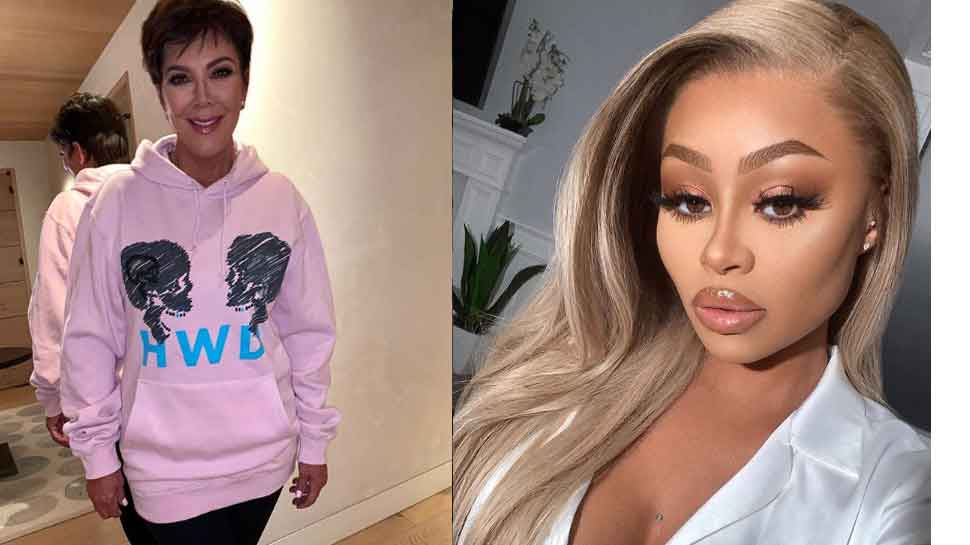 Washington: Kim Kardashian's mother Kris Jenner has hit back at Blac Chyna legally over the 2017 lawsuit filed by the model.

Kris has asked Chyna to submit the conversation that happened between her and the TV personality's son Rob.

Chyna filed the suit two years back against the family over the claims of assault, domestic violence, defamation and interference with prospective economic relations. But in new legal documents obtained by The Blast, and cited by Page Six, Jenner has asked the model to hand over all emails and text messages she had sent to ex-fiance Rob Kardashian from December 1, 2016, to present.

Moreover, the mother has also requested the model to share all contracts related to her and Rob's now-defunct reality show,'Rob & Chyna'.

In the lawsuit filed in 2017, the 31-year old has alleged that the Kardashians and Jenners came together to get their reality show canceled.

"Rob Kardashian is an abuser intent on destroying Angela White, the mother of his baby, who left him in 2016. In revenge, the Kardashian-Jenner family became media predators, slut-shaming her on social media and killing her hit television show ['Rob & Chyna'], which had already begun filming a second season," claimed the suit adding that Rob physically abused Chyna. Kardashians are hoping to get the suit thrown out.