In a series of tweets, actor Kamaal R. Khan also claimed that many Bollywood insiders have extended their support to him in his feud with megastar Salman Khan. New Delhi: The KRK-Salman Khan feud doesn't seem to be ending anytime soon as the former has been on a tweet rampage on Twitter, challenging and insulting the latter for filing a defamation suit against him.

In his new tweets, Kamaal R. Khan wrote about Salman Khan without mentioning his name but blatantly pointed towards him by using the term 'Bhai' and speaking about the defamation case filed by Salman. 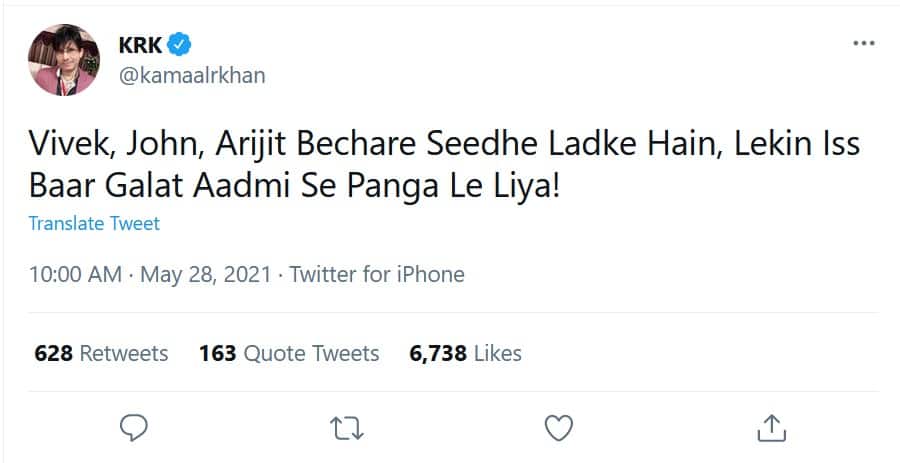 Apart from this, he had also tweeted announcing to his followers that more than 20 Bollywood stars had called him and extended their support to him for raising a conflict with an influential star such as Salman Khan. He claimed that people are scared to make the 'Radhe' star their enemy. 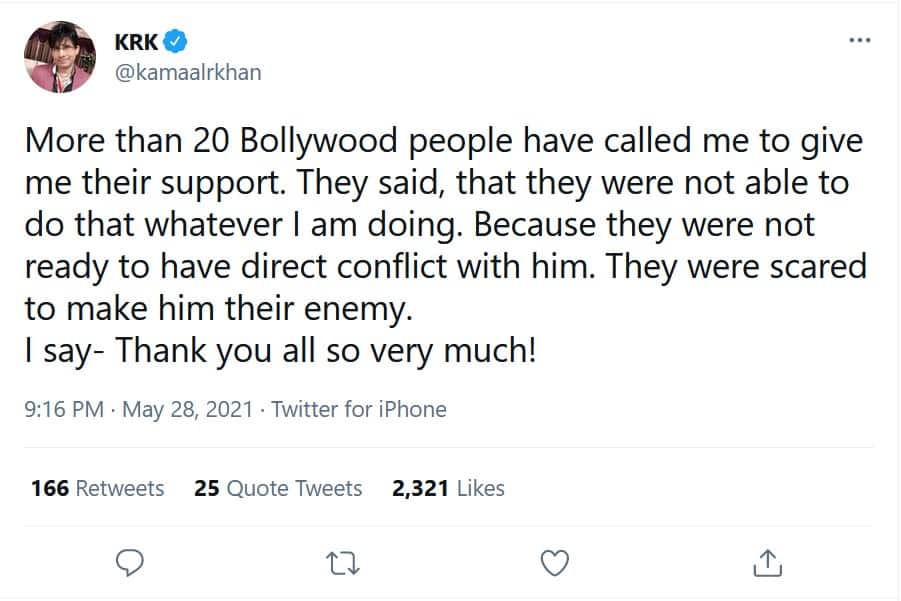 On Saturday (May 29), the notorious actor Kamaal Rashid Khan continued his tweeting streak and claimed that people were calling him and warning him to not pick a fight with 'Bhai' - a term the film industry endearingly uses for Salman Khan.

He wrote, "Now many people are calling me from Bollywood. Many are giving suggestions on Twitter. And all are saying same thing. Ki Bhai Bachke Rahna, Ye Tumko Marwa Dega! Thank you all that You are concerned. But Main Fir Bhi Isse Nahi Darta! I will continue my fight for truth." 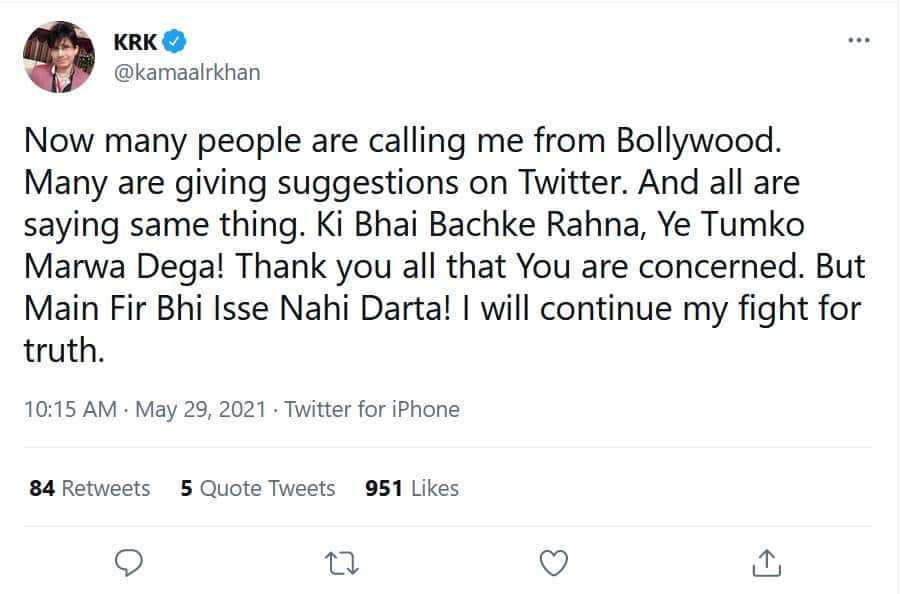 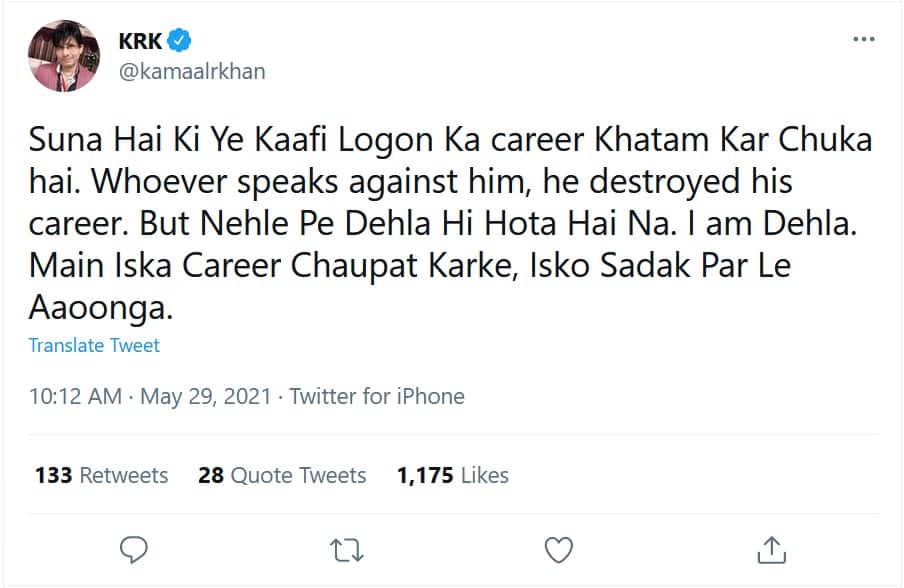 For the unversed, on May 26, Bollywood actor Salman Khan had slapped a defamation notice on controversial celebrity Kamaal Rashid Khan aka KRK. The complaint was filed in a Mumbai court against KRK but the real reason behind the move is not his latest movie 'Radhe: Your Most Wanted Bhai' review as alleged by KRK on Twitter.

An official statement from Salman Khan's legal team has been released and it mentions the reason for filing a defamation suit against KRK. The statement reads that because Kamaal R Khan tried to defame the actor by calling him 'corrupt', and his brand 'Being Human' a fraud, Salman Khan decided to take a legal course of action against the controversial celebrity.